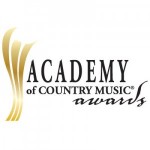 Well shit, it looks like the Academy of Country Music Awards are this Sunday, so what better to get you prepared than to hold this charade up to the light and see what we’ve got. You should expect Reba McEntire’s skin to be taut, Blake Shelton’s jokes to be flat, Taylor Swift reactions to be be precocious, and let’s all pray to Jesus that the camera doesn’t find Keith Urban’s wife, the refined and elegant Nicole Kidman, whose been molding her physical appearance for years now to become a replica of Skeletor for the upcoming He-Man remake.

You can’t mention the ACM’s without framing them in the context of being the bastard son to the much more important and fair CMA’s. Folks love to smirk that all these award shows are rigged, well the ACM’s are the ones we know for sure are dominated by Music Row politics and the practice of block voting, where labels trade votes to get specific artists they want to push nominated and awarded. Last year this practice came to light when it was revealed Miranda Lambert was favored over Carrie Underwood.

Either way, you can argue it is country music’s 2nd most important night, whether you like shaking your fist at the country music industry or not, so SCM will be there to cover it. You’re invited to turn your TV on and your snark machine up and join us for the SCM Live Blog on the ACM’s Sunday night. In the meantime, let’s look at what we have in regards to candidates and awards.

This is a two horse race between Taylor Swift and Jason Aldean. Man vs. woman, real vs. fake, pop vs. more pop. In the end I expect Taylor Swift to run away with the award because the Entertainer of the Year is fan voted. Legions of glitter faced little girls will outlast Aldean’s winshield cowboy fanbase that is boggled by any technology beyond their Bluetooth.

This is Jason Aldean’s to lose, and it becomes more likely for him if the fans vote Taylor Swift for Entertainer of the Year. The other contender could be Blake Shelton, bolstered by the popularity of “The Voice” TV show. Chris Young is the sleeper with an outside chance. He’s been getting a lot of industry buzz lately, and being on the major Music Row label of RCA compared to Aldean’s independent Broken Bow gives him a very slight chance of tipping the scales. It’s also worth noting that Brad Paisley has won this award for the last 5 years.

Miranda Lambert deserves it. Slight chance Taylor Swift might steal it, but the way the timeline lines up, this is an off year for Taylor and the ACM’s since her last album came out over a year ago. Miranda has released two solid albums recently, a solo one and one with The Pistol Annies, and her label has already proved they will go to bat for her behind-the-scenes. Unless some unforeseen label politics get in the way, Miranda walks with the hardware.

Let’s just call a spade a spade, and rename this category “Best Hair”. In the end, I expect Nashville’s new favorite toy in The Band Perry and the Perry brothers’ Frodo Baggins mop tops to mop the floor with Rascal Flatts’ bleached and over-moosed doos. Though Rascal Flatts’ hair is as overproduced and extra-perfect as their music, it is beginning to fall out-of-style. Give Lady Antebellum and outside chance in this beauty contest, stunted slightly by Hillary Scott’s newfound post-marriage heft.

Oh gosh, what a paltry collection of odds and sods this is, illustrating the ridiculousness of the modern-day country duo. The spirit of this award was to highlight country music’s legendary pairings of the past, like George & Tammy, and Willie & Waylon. Brooks & Dunn was the only thing keeping this category relevant for the last few years. Then when Music Row figured out they could create these duos to gain free exposure through award shows, the concept got out of hand. I guess give me Thompson Square for the win, with Sugarland having an outside chance from the strength of their 2011 touring. Where are The Civil Wars?

The two fresh-faced boys will fall to the “Official Country Music Douche” Brantley Gilbert, unbeknownst to his fan base that will be too busy waxing their scrotums, or cooking up the latest batch of methamphetamine in their bathtubs.

My Kinda Party is the sure bet, but Four The Record, Hemingway’s Whiskey, and Own The Night could all sneak up and win if their labels are really looking to push them. Eric Church’s Chief probably does not have a chance, but it is an achievement for Church to even be nominated. It is easy to think of Eric Church as just making it out of the club circuit because his climb has been slow and not marked by the big bursts that usually usher in super stardom, but bolstered by a rabid fan base, he’s selling out arenas, and is becoming a bona-fide country music franchise.

Wow, this list is a joke, and the moment where Music Row politics got in the way of putting together any real sensical list of nominees. Toby Keith’s “Red Solo Cup” makes a mockery of the whole category, the whole ACM process, and the awards themselves, but a little part of me hopes it wins anyway just to expose the ridiculousness of the whole thing. I guess “You And Tequila” is the most likely win, but in reality the winner will be whatever song the suits huddled around a table decide needs to be “pushed” the most.

A little bit better list than the singles, but not by much. Again, I hope the process fails the country music consumer and exposes its ridiculousness by electing Dierks Bentley’s “Home” whose authenticity as an original song has been questioned by performer (and possible future songwriter credit) Jason Isbell. Vince Gill should win, but won’t. Songs are what all of music breaks down to, and what is charged with touching your heart. The country music consumer should be embarrassed and angered by these song lists, and expect more from the ACM’s.