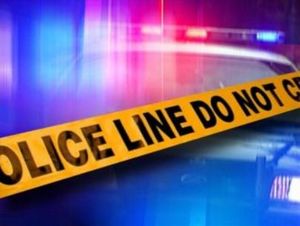 “Everything seemed perfectly normal one moment, and then the next thing I know six or seven young men are all brawling, punching, yelling, and pulling each other’s beards trying to wrestle for the last copy of a Dawes/Conor Oberst 7″ split. I was in fear for my life.”

Similar alarming accounts are coming in from witnesses and police all across the country as Record Store Day 2014 turns violent in many of the independent record stores the day is meant to promote. In multiple instances, vehement vinyl listeners are resulting to violence in order to obtain their favorite sought-after Record Store Day rarities, only made available in very limited quantities in small stores not normally set up for such a customer load.

Multiple police departments in multiple locations across the country are reporting incidents involving verbal altercations, property damage, theft, vandalism, and even assault & battery in connection to the promotional holiday. Since many of the participating record stores do as much business in this single day as they do the entire buying season before Christmas, it was only a matter of time before the event took a Black Friday turn, filled with fear-raising accounts and felony charges.

“Cuts, bruises, black eyes, and one incident we’re considering a sexual assault when a customer fished a Death Cab For Cutie album out of the front of a young lady’s shirt where she’d put it for safe keeping,” Austin, TX police spokesman Alexander Frankenfurter reports. “We’re also seeing a lot of incidents involving beards. Beards getting pulled, beards getting stuck in things, beards getting interlocked with other beards. Even when the incident is incidental because people are in cramped quarters searching for vinyl, fuses are running short and people are overreacting. We’re asking for anyone with a beard, especially a long beard who is participating in Record Store Day to seriously think about restraining the beard with maybe rubber bands or a scrunchie, or trimming the beard if possible. We also have a young lady who was taken to the hospital after she had her eye injured by the pointy end of a waxed mustache.”

Another harrowing story from San Francisco had the jaws of life being called to a record store after an individual dropped his vintage Ray Ban glasses between two record store bins, and got his elbow stuck when trying to retrieve them. “We’re asking people to be very patient,” said a San Francisco Fire Marshall spokesman. “Understand being involved in Record Store Day means you’re going to be in long lines, and cramped quarters. It also means dealing with people who regularly don’t leave their homes, and people who drink Pabst Blue Ribbon for no other reason than to be ironic.”

Though no totals for the amount of incidents stemming from Record Store Day violence are available at the moment, we do know multiple cities are reporting incidents, including such vinyl havens as Portland, OR., San Francisco, CA., The Echo Park neighborhood of Los Angeles, Austin, TX, and Athens, GA. “If you live in Austin and don’t own a record player, we ask that you stay home,” Alexander Frankenfurter of the Austin Police says. “Or at least avoid the neighborhoods where local record stores and fair trade organic coffee shops are located.”

Founded in 2007, Record Store Day was inspired by Free Comic Book Day with the idea of supporting the local, independently-owned record store that was slowly becoming a dinosaur of the retail landscape in lieu of music’s digital download age. Since its advent, dozens, and now hundreds, if not thousands of artists release exclusive vinyl works hoping to entice consumers back to their local mom and pop’s.