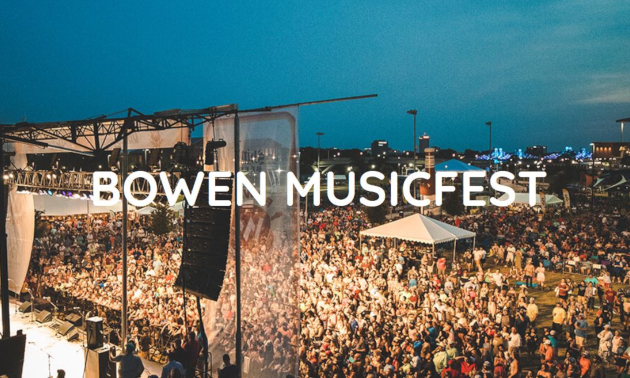 For the benefit of the Bowen Family Foundation, the Bowen MusicFest has raised over $3.25 million for charity just since 2009, and the event raised $500,000 in 2018 alone. Expanding every year since 1998 into one of the premier events in Texas and Red Dirt music, Bowen MusicFest has assembled an impressive lineup for the 2019 installment to take place in Touchdown Alley at Baylor University’s McLane Stadium in Waco, TX on June 2nd.

All of this entertainment only costs $25 for advanced tickets, or $30 at the gate. It’s a family friendly environment, and children under 12 are free. There is also a golf tournament the following day with proceeds also going to charity, as well as silent auction items.

“The Bowen Family Foundation has become a vital clearinghouse to help ensure that all the money raised goes to the worthy causes in and around Waco that directly affects families here in our community all year round,” says Wade Bowen. “I’m so proud of the way my family, friends and my hometown continue to step up with hearts and hands to help make Waco a better place. This year, both the golf tournament and music festival will have even more chances for us to partner with local businesses to raise money to impact this town and it’s people.”

Previous beneficiaries to the Bowen Family Foundation have included the March of Dimes in Waco, City of West Disaster Relief, and the Boys and Girls Clubs of Waco. For more information and tickets, visit bowenfamilyfoundation.org/bowen-musicfest. 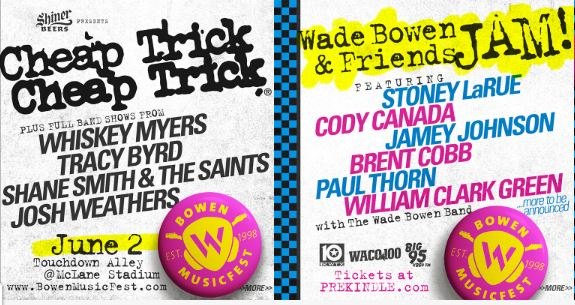 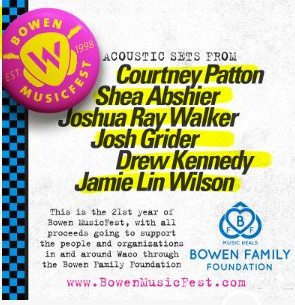