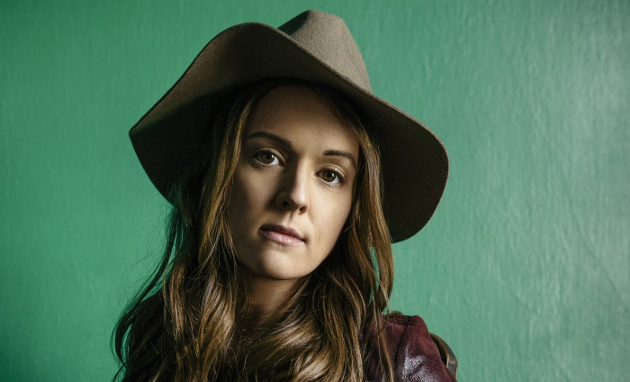 Once again Brandi Carlile has proven why she is a gem of independent roots music, and an asset to the planet. While other people have talked, planned, promised, and threatened to throw an all-girl festival or tour in the roots realm, Carlile has hauled off and actually done it. Called “Girls Just Wanna Weekend,” it will take place January 30th through February 3rd, 2019 at the Hard Rock Hotel in Rivera Maya, Mexico.

This same location has also catered to weekend getaways for The Avett Brothers and others, and Carlile says she was inspired specifically by playing those events, as well as on the long-running Americana-based Cayamo Cruise, which Carlile has participated in numerous times.

“Cayamo has truly taught me how collaborative and fun people can be when they’re experiencing the joy of a vacation!” Carlile says. “Just being in a community with fans and friends while they’re getting a break from work inspires the artist to not see what we’re doing as work either! That’s when shit gets real. Beautiful musical chaos ensues – learning covers on the fly, ‘artists in the round’ comedy and impromptu songwriting sessions… It’s awarded me some of my favorite life moments with my friends, heroes and family.”

The initial lineup includes Margo Price, Patty Griffin, Maren Morris, Indigo Girls, Lucius, KT Tunstall, The Secret Sisters (whose last album was produced by Carlile), and Ruby Amanfu. Though it’s called “Girls Just Wanna” and it features an all-female lineup, Brandi Carlile wants it to be known that everyone is invited. “I would absolutely LOVE to see a ton of men there supporting women in rock and roll,” she says. “I want to see mothers with children, single people, LGBTQ brothers and sisters letting it all go for a weekend together in harmony (with bottomless tequila on hand to assist). Let’s start something together.”

“Girls Just Wanna” shouldn’t been seen as a big middle finger to anyone. The best way to describe it would be a destination festival similar to the dozens that are popping up throughout the music world, with women being the curation point. That said, Brandi does recognize the challenge women face finding headliner slots at major music festivals, and wanted to do something to give women more opportunity. “Mainstream festivals in the US habitually exclude women as headline artists equal to men,” Brandi says, “I was brought up by Lilith Fair to believe that men and women enjoy live music equally and that women can not only headline a festival – they can BE a festival.”

There is no doubt there is an appetite for the lineup curated by Carlile for “Girls Just Wanna.” One concern though could be that now other festival curators may feel relieved that they don’t have as much pressure to book women if women have a festival of their own, and can let off the gas on the cause to be more inclusive on other festival lineups. “Girls Just Wanna” is still an exclusive destination festival, and events all over the country still could benefit from making sure all artists are considered for their lineups regardless of gender. It also behooves all of music to make sure music doesn’t devolve into a tribalistic endeavor with segregated lineups, but something people of all stripes (and sexes) can come together and enjoy, especially in the fragmented society we live in today.

Luckily though, Brandi Carlile is just about the right individual to lead this sort of effort in the roots world, and it might be the start of numerous such events. She’s built her career on building appeal across roots genres, bringing people together through collaborations, and evidencing true open-mindedness where everyone is welcome, and nobody is judged. Hopefully “Girls Just Wanna” is a success, and ultimately embodies this spirit. 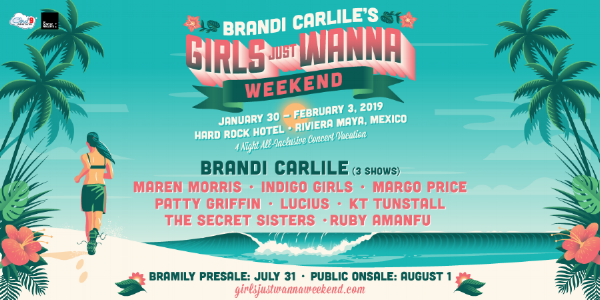