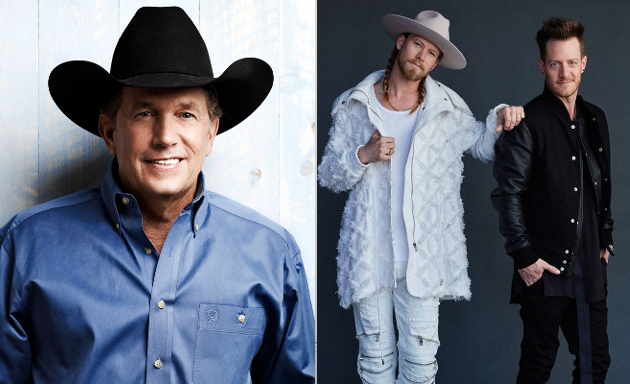 Pure pop star Bebe Rexha’s “Meant To Be” collaboration with Florida Georgia Line has now spent 33 consecutive weeks at #1 on the Billboard Hot Country Songs chart, meaning it’s only one week away from tying the all-time record for consecutive weeks on the chart, and only two weeks away from beating it. You read correctly: we’re only two weeks from a pop star being able to boast the biggest single in the 59-year history of the country charts. And right now there is no foreseeable challenger to knock it out in the next week or two, or beyond.

“Meant To Be” is not an era-defining song like Florida Georgia Line’s “Cruise” was. It’s just a middle-of-the-road pop song that is being artificially enhanced by Billboard’s chart rules that allow spins in the pop and adult contemporary world to count on country charts. Soon the annals of country history will show no other song was as successful as “Meant To Be,” but that’s not the only bad that can be tied back to the song.

“Meant To Be” also recently helped Florida Georgia Line shatter what once was thought a bulletproof record—George Strait’s cumulative frames for songs cresting a week at #1. With a whopping 45 total #1’s spanning over a quarter century in the business, there’s a reason Strait earned the nickname “King” George over his Hall of Fame career. Yet now his reign of 84 total weeks of holding on to #1 when combining all his singles together has been snapped thanks to “Meant To Be,” Florida Georgia Line, and the flawed way of measuring the success of modern country singles.

With only thirteen #1 songs—and with the aid of “Cruise” and “Meant To Be” being embellished by Billboard’s new chart rules first implemented in 2012—Florida Georgia Line have now accumulated 89 cumulative weeks at #1. In total, 57 of those weeks are due to only two songs—“Cruise” and “Meant to Be”—both of which benefited significantly from radio play in the pop world.

To put it in perspective:

Nobody would make the case that Florida Georgia Line’s impact on country music has been greater than George Strait’s, singles or otherwise. Perhaps after two more decades, they could make that argument. But for now, it’s ridiculous beyond belief to even ponder.

Billboard has been completely deaf to the concerns raised about the aberrations appearing on their genre charts, despite the history-shattering and skewed outcomes their chart logic has resulted in. About the only silver lining is that all the illustrations of the absurdity of the Hot Country Songs chart render it virtually useless to the public aside from proving how catastrophic Billboard’s 2012 chart changes have ultimately become.

Florida Georgia Line may have the record, but “King” George Strait still wears the crown.