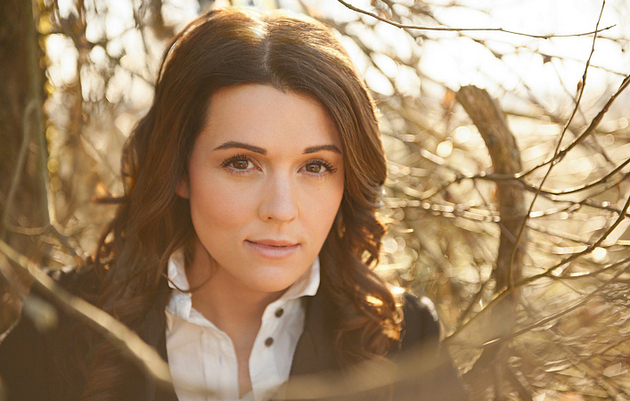 An injustice has been done friends and neighbors. Though there’s nothing but happiness flowing towards Brandi Carlile for finding herself with the #1 album at the top of Billboard‘s Top Rock Albums chart, and having arguably the most successful release of her career despite making the switch from major label Columbia to indie label ATO, still this unapologetic country music advocate is left wondering why Carlile’s services have been abdicated from the country realm when she clearly resides more firmly in that world compared to others, and could be such an asset to this crestfallen and female-deprived genre.

Brandi Carlile is exactly the type of strong-willed, vibrant and inventive female artist country music needs, yet country’s charts continue to be crested by the likes of interlopers such as Sam Hunt. Can we trade Sam Hunt to rock for Brandi Carlile, players to be named later, drafts picks, and/or cash considerations?

Everyone wants to talk about where to find relevant female talent for country music, well here it is. Everyone wants to talk a big game about how country music needs to “progress,” when there’s a progressive country artist right here under their noses. Everyone wants to make a big deal about country artists “coming out,” but the cat’s been out of the bag about Brandi Carlile for years. And beyond all of those concerns ancillary concerns, Brandi Carlile and her twins constitute one of the most vibrant and alive sounds in the greater roots world, and they are a highly valuable asset to the music-scape no matter where the powers that be decide to slate them.

The Firewatcher’s Daughter is the best album Brandi Carlile has ever released, and one of the best albums of 2015 so far. Chalk it up to finally having the unfettered creative freedom of an independent label partner, the lapse in time between releases that reached its most elongated point in her now decade long career to allow the songs to maturate naturally, or just blame the fire of inspiration burning brighter than ever, but this record is an energetic and engaging effort of songwriting and spectacular performances and production from cover to cover. It’s a career-defining record. 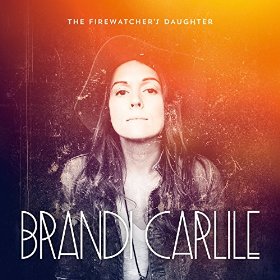 The Firewatcher’s Daughter is a heavily thematic album, though this may take a few listens to reveal itself. The album tasks itself with measuring love and distance in this poetically spatial manner, hoping to enhance understanding about the nature of human cohabitation in life. Numerous songs deliver lines articulating such appreciation, devotion, and sometimes downright symbiotic need, that the natural motors of self-reflection about one’s own relationships with others are sent into high gear.

Is there some rock music here? Certainly there is, but arguably not in greater measure than the roots poking out from these harmonious and earthy compositions. Of the rock offerings, there is still plenty worthy of being enjoyed by country-leaning ears. One song that strays from the theme of the album is the raucous “Mainstream Kid.” Stimulating visions of Joan Jett, Brandi struts out of her comfort zone to prove a point with punctuation marks and serrated sentiments about the nature of the music biz and how it gobbles up creativity in the pursuit of popularity. A song like this from anyone else may come across as spiteful or even self-absorbed. But amongst Brandi’s other offerings, it’s sheer brilliance.

“Blood Muscle Skin & Bone” and “Alibi” are the album’s other overtly rock moments, and both are aided by Brandi’s unhinged, raspy, and old-school approach to them, fitting well into the album’s narrative.

But acoustic and harmony-based music is the foundation of The Firewatcher’s Daughter, and these woody, hearthy tones enhance the effect of Brandi’s emotionally-laden accounts of the pining heart strained to tears by distance. It’s a very believable storyline coming from a musician who must lead a life on the road, but it’s driven home by masterful use of language, and vocal performances that are some of Brandi’s best. Her tone cracks and quivers, soars and fails at all the very right moments, making you shiver from her ability to articulate emotion.

The only sidestep comes at the end when Brandi decides to cover The Avett Brothers’ semi-famous “Murder In The City,” and almost as a way to convey that it’s a sentiment outside of the theme but still a cousin to it, Carlile is uncustomarily curt in her delivery.

The Firewatcher’s Daughter may not be classified as country, but it could be, and probably should be, or at least should set a standard for how to take country and roots music in a new direction without clipping the ties to the original roots of the music, and doing so in a way that inspires and enhances the feelings of life, instead of automating them into mundane audio patterns.