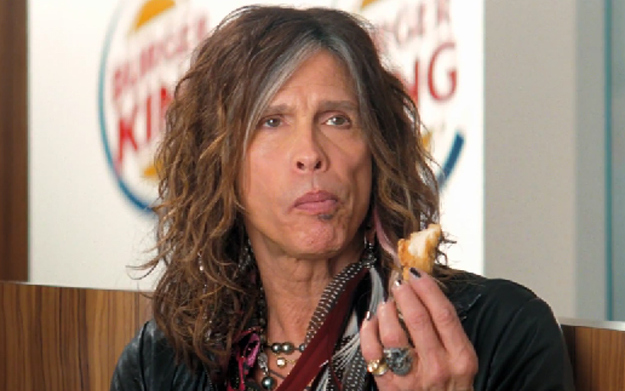 Hey, Saving Country Music is advocating that listeners actually wait to hear the upcoming country music record from Aerosmith frontman Steven Tyler before passing judgement upon it. But you can’t help but appreciate the strange thought of Steven Tyler as a country star, so let’s take a second to try and predict what actually might happen once Steven Tyler officially goes country.

“You mean she’s actually that guy from Aerosmith?” Gill embarrassingly says to the sold out Opry crowd.

2. Steven Tyler is inadvertently heard asking Scott Borchetta, “Who the hell is Hank Williams?” into a cued up mic before the official start of a Big Machine press conference at the Country Music Hall of Fame formally announcing Tyler’s country record.

“He’s the guy that did the Monday Night Football theme for all those years and called Obama a Nazi,” Borchetta replies in a hushed tone.

“Hell Bobby, it was just two short years ago that you were interviewing me at the Clear Channel KISS-FM affiliate down in Austin,” Steven Tyler says to Bobby on the biggest ever syndicated country morning show. “Now we’re both rolling naked in money and suckling on that sweet, sweet country music tit! Ain’t that somethin’ brother, haha!”

4. The “Jaws of Life” are deployed to the set of a Steven Tyler country music video taping after his numerous scarves get stuck in a piece of farm machinery.

Tyler later poses for pictures with the members of the local volunteer fire department who were deployed to the incident. Tyler’s also rumored locally to have had sex with a donkey while on location.

5. Steven Tyler accidentally deflowers Hunter Hayes while trying to help him adjust a wireless mic backstage at the ACM Awards.

“Does this mean I get to open for you on tour, Mr. Tyler?” Hunter says in a whimper.

6. Steven Tyler is surprised on the Grand Ole Opry stage by Rascal Flatts who invite Tyler to become the storied institution’s newest member.

“Man, I’ve wanted this honor for my entire last two weeks after reading up on the Opry on Wikipedia,” Tyler says. Later Tyler scratches a crude rendition of the winged Aerosmith emblem into one of the Ryman Auditorium’s 120-year-old banisters with a cocaine knife. 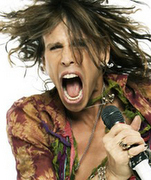 7. Steven Tyler unhinges his jaw and accidentally swallows Carrie Underwood up to her waist during a duet of “Sweet Emotion” at the CMA Awards.

Underwood’s husband’s ‘L’-shaped hockey stick turns out to be the perfect tool to pry Carrie out of the bowels of Steven Tyler right before his digestive juices threaten to do irreparable damage to the songstress.

“He blew our talent budget all out of whack,” Brandy Clark tells Rolling Stone Country exclusively, “But he looked the part so perfectly.”

9. Steven Tyler’s country album actually has absolutely nothing to do with country music, but is simply called “country” for marketing purposes. He wears a cowboy hat on the cover.

10. Steven Tyler’s country album actually has absolutely nothing to do with country music, but is still more country than Sam Hunt.