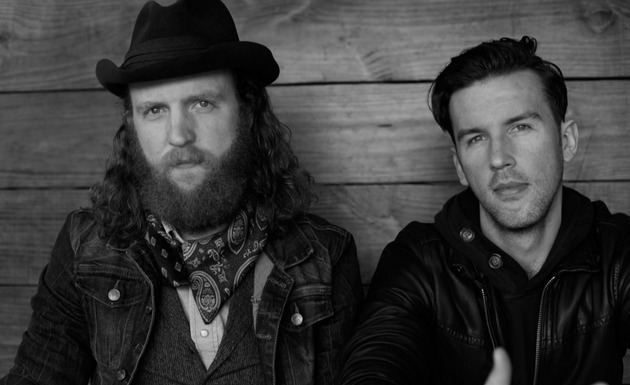 The Brothers Osborne have been attempting to straddle the line between commercial acceptance and critical acclaim ever since signing with EMI Nashville in 2013. With a stripped-down and earthy sound sonically, and songs that speak to the relevant themes of today’s country but still remain hard to hyphenate with “Bro-,” even if you don’t dig on their music, they’re an outfit that’s hard to hate. Their debut self-titled album has garnered some moderate success, and so has their single “Rum” despite country radio shying far away from it. But who hasn’t shied away from the duo is label mate Eric Church, who has featured the brothers as openers on numerous occasions.

Now as the duo readies the release of a new single “Stay A Little Longer,” they shared some scathing words with Rolling Stone Country‘s Joseph Hudak about the state of country music.

“I think people are tired of the bullshit and are ready for the real substance,” says brother John Osborne. “We went through an era of big hit songs that no one is going to listen to 10 years from now. And we’re about to hit a decade of country that I think is going to be played for a long time. It’s about to hit the same stride it hit in the Nineties.”

John Osborne then goes on to describe the current arc of country music as similar to the one that beset rock music 20 years ago. “I’ve always compared it to the early Nineties when hair metal was so huge, and you had these bands like Warrant, who were more about showing off and about the picture than they were about the music. It got to a point where it became so huge, it became a bubble, and the only thing that can happen is that bubble is going to explode.”

T.J. Osorne adds, “I think artists are finally realizing we can either have this short-lived, sell-our-souls moment, put the song out and have a little flash in the pan, or we can get down to real music….There are a bunch of ‘artists’ now,” he says, citing Kacey Musgraves and Eric Church. “It’s not the same regurgitated bullshit.”

However it has to be pointed out that songs like “Rum” and the Brothers Osborne’s new single “Stay A Little Longer” are not exactly traditional country, or something that is likely to get critics raving too loudly. Though it may be better than Bro-Country, the themes don’t stray too far from that realm. It also is worth pointing out that label mate Eric Church, aka “The Outsider” has been regularly criticized for posturing as someone outside the industry and a progressive of the music scene, when the results in his music and some of his public actions are open for interpretation. Similar to the Brothers Osborne, Church is a mixed bag, making one wonder just how much marketing is playing into the Osborne’s big public outcry.

T. J. Osborne also interestingly said, “There have been so many people that have followed a trend, [one] started honestly by Florida Georgia Line. That’s genuine. That’s who they are. The problem lies in people changing their sound because it worked.”

It’s hard to not agree with what the Brothers Osborne have to say about the current state of country music. Whether it will bear out in their music in the future though remains to be seen.