The bayou cries out in mourning, but the music will live on.

Jimmy C. Newman, the ‘C’ standing for “Cajun,” known as one of country music’s most passionate champions of the Cajun influence and nicknamed “The Alligator Man,” passed away on Saturday, June 21st due to Cancer. He was 86-years-old.

A Big Mamou, Louisiana native, Jimmy grew up on the cowboy sounds of Gene Autry, as well as Jimmie Rodgers, The Carter Family, and the Cajun music of the surrounding countryside. He was bilingual, and after finishing six years of schooling, dropped out to work on a farm before becoming part of the war workforce as a welder’s assistant where he met a man named J.D. Miller who got him into the music business. After first making it on The Louisiana Hayride, Newmann later became a fixture of The Grand Ole Opry for over 50 years, joining originally in 1956, a couple of years after landing his first big hit, “Cry, Cry Darling”. Newman was signed to Dot Records after being championed by Fred Rose, and had five Top 10 records in a row before landing his biggest hit in 1957, “A Fallen Star”, making it all the way to #2 on the charts, and crossing over to Billboard’s Hot 100. 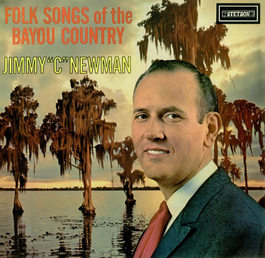 Though Newman would have many more hits within the commercially-popular “Nashville Sound” of the time like “You’re Makin’ A Fool Out of Me”, “Grin And Bear It”, “A Lovely Work of Art’, “D.J. For A Day” which was the first hit written by Tom T. Hall, and arguably his last big hit, 1965’s “Artificial Rose”, starting in the early 60’s, Jimmy C. Newman started moving towards the Cajun sound that eventually would become the signature of his career, feeling like it was a more true expression of his roots. 1962’s “Alligator Man” wasn’t a huge hit at the time, but it would become Newman’s theme song, and a standard of his Opry sets later in life.

Forming his “Cajun Country” band in the early 60’s, Newman began to instill the fiddle and accordion sound into his music more and more, releasing songs like “Bayou Talk” and “Louisiana Saturday Night”. Though his commercial prominence waned, he became a favorite with Cajun country fans, and an influential voice for country music’s Cajun lineage through his regular appearances in the Opry rotation.

An inductee of the Cajun Hall of Fame, The Cajun Music Hall of Fame, and the Louisiana Music Hall of Fame, Jimmy C. Newman’s influence and contributions cannot be overstated. In 2006, he joined the very distinct club of performers who have marked 50 years at the Grand Ole Opry, and his 1991 album Alligator Man was nominated for a Grammy Award. His song “Cry, Cary Darling” went on to be covered by Bill Monroe, Ricky Skaggs, and Ronnie Milsap. He also was the man that gave up stage time as an invitation to Dolly Parton so she could make her Grand Ole Opry debut.

Jimmy C. Newman lived on a large ranch near Murfreesboro, TN, just south of Nashville, and was married to Mae Newman for over 60 years. He made his final appearance just less than two weeks ago on June 13th during the Friday Night Opry.

Jimmy C. Newman, “The Alligator Man”, is now sitting on the banks of the great bayou in the sky.