Last year at this same time as the images and statistics began to stream out in the wake of an annual concert event held every late June at the Pittsburgh Steelers’ home of Heinz Field on the city’s North Shore, people were in shock at the amount of arrests, fights, and trash left by the assembled crowd of pop country fans. Images of the amount of litter were shocking, unprecedented, and had local residents infuriated, many calling to and end to the annual event.

Despite last year’s public outcry, despite movements to ban the event from happening again this year, despite an aggressive effort by organizers to attempt to stem the littering issues by handing out garbage and recycling bags to tailgaters as they entered the grounds, and an onslaught of media on site covering the event in anticipation of a repeat of last year’s troubles, it all transpired again: mounds of trash, multiple arrests, and many fights.

“The continued trashing of our city has to stop,” Bill Peduto, the mayor of Pittsburgh said. “There is no reason … (for taxpayers) to bear the burden for outsized amounts of garbage removal and public safety response.”

Last year it was Kenny Chesney and Eric Church’s name at the top of the marquee. This year it was Luke Bryan and Dierks Bentley. But the result was the same. Though some reports are saying there was “less trash” than last year, it seems like that is a statistical footnote as opposed to the true story when pouring over the pictures and watching the reports. Heinz Field was turned into a junk yard, as fist-throwing melees and drunken stupors ensued.

“It’s just ridiculous that people can’t clean up after themselves,” one concertgoer told WTAE in Pittsburgh. Another attendee Shelley Soles says, “There’s no excuse for this. None. Absolutely none. You have a bag. You have a receptacle. Drink it, put it in there. It’s that simple.”

“We all put it in garbage bags, and that was it. People are just trash.” said Jen Price, while footage rolled of people kicking over full trash bags for fun, spilling compiled trash out onto the parking lot. Other cars purposely ran over assembled trash bags as they left the show.

“There was a lot of fights, a lot of junk. Look at the parking lots for example. I mean it’s just not necessary. Out city is too beautiful for this kind of stuff,” said Dylan Gumbel.

20 citations for underage drinking were handed out by State Police during the concert. Public safety officials also reportedly broke up 15 fights, ferried 34 people to hospitals and responded to at least 150 emergency calls. One patron even tried to steal the camera of a local cameraman reporting on the concert (see report below). A GIF from that report is circulating of a man so drunk, he falls flat on his head (see below). The man was later taken to the hospital.

Once again, the “evolution” artists like Luke Bryan preach about as justification for releasing moronic songs seems to not be evidenced by the fans, even when the mess of last year’s concert was a national story, and organizers put forth extra effort to make sure a repeat wouldn’t happen. 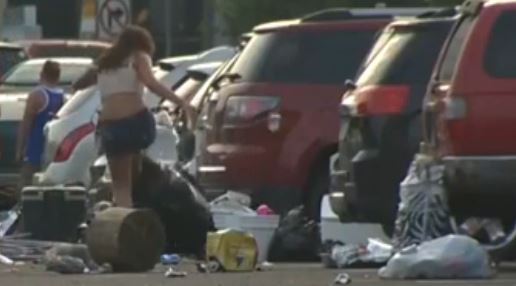 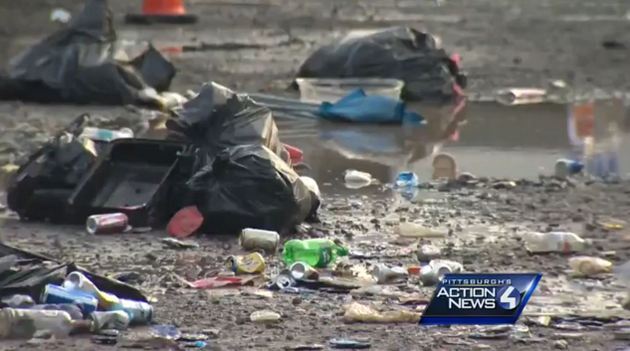