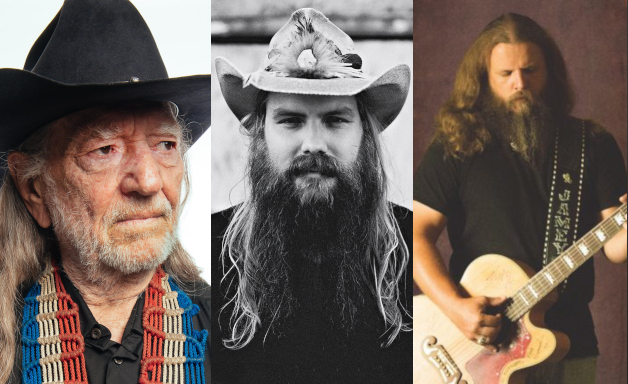 Getting to see Chris Stapleton, Willie Nelson, or Jamey Johnson individually is probably worth your country music time. Put them all together on one bill and it’s a no brainer if you’re within driving distance or otherwise. Throw in upsurging country-soul queen Yola from the U.K. whose having a breakout year in 2019, and it’s a bill for the ages.

On March 14th, the Texas Rangers baseball franchise and the City of Arlington will be opening their brand new retractable roof stadium in the Dallas/Ft.Worth suburb. The new Globe Life Park will be located near the Dallas Cowboys AT&T Stadium, as well as the current open-air baseball park that is being retrofitted for XFL and soccer games. And they’ve tapped into some massive country music talent to celebrate the opening.

Though the current Texas Rangers ballpark is only 25-years-old and is considered one of the better ballparks in the league, the brutal Texas summers resulted in poor attendance during 100-degree days. With the smaller capacity of the new stadium, it will also make for a better stadium option for music performances compared to the cavernous AT&T Stadium with its capacity twice that of the new Globe Life Park.

After a few years of struggling to write new songs, Chris Stapleton appears to be coming out of his writers block and has been featuring numerous new songs in his live set this summer, including a song named “Minimum Wage” co-written with Mike Campbell of Tom Petty and the Heartbreakers fame, as well as another called “Bad Side of The Blood.” And then just this month, Stapleton revealed a third new acoustic song called “Starting Over.” He’s also been playing a song with concert openers Brothers Osborne called “Get Down to Arkansas.”

Don’t be surprised if 2020 sees a new single, and a new album from Stapleton.