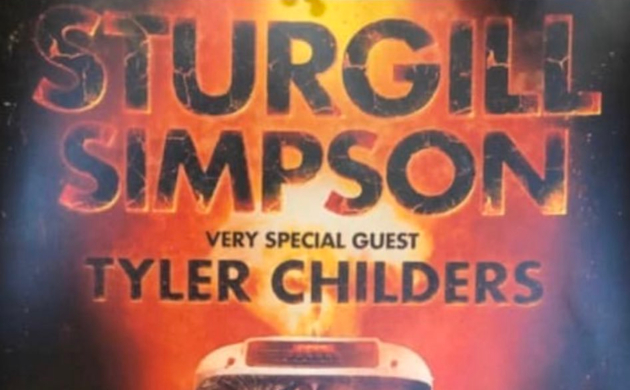 Once again, Sturgill Simpson is screwing with all of us, which he’s been inclined to do at numerous times during his Grammy-winning career. This time it has to do with the revelation of his upcoming tour dates behind his new album and anime film, Sound & Fury. We already knew that Sturgill was going to be touring with fellow Kentuckian Tyler Childers, who Sturgill produced the last two records for. Sturgill revealed this on the Joe Rogan podcast on September 30th. Now he’s revealed the dates and cities, but not in the conventional way, at least not yet.

Fans have been running down posters that are popping up at venues and prominent places in cities where Sturgill and Tyler will be playing in 2020, even though the dates at this point haven’t been officially announced. Fans have been posting pictures of the posters on Instagram, on Twitter, and other social media. Then on Sunday (10-27), posters promoting an entire tour called “A Good Look’n Tour” began to pop up with all the dates and cities named, and with the information that tickets will go on sale November 8th at 10:00 a.m. local time.

Sturgill Simpson played six teaser club dates on the east and west coast from late September into early October to raise awareness of the new record, as well as to raise funds for the Special Forces Foundation, with proceeds from the six dates going to the nonprofit.

Right now there are no venues announced for the tour, just dates an cities that can be seen on the posters. In some markets it will be pretty obvious where they’ll play. Others, not so much. Maybe there will be a formal announcement of the venues and dates at some point. Maybe there won’t be. Either way, if you want to catch one of these dates, you better be on your toes. Because as Sturgill Simpson has proved over the years, expect the unexpected.

More details as they come available. 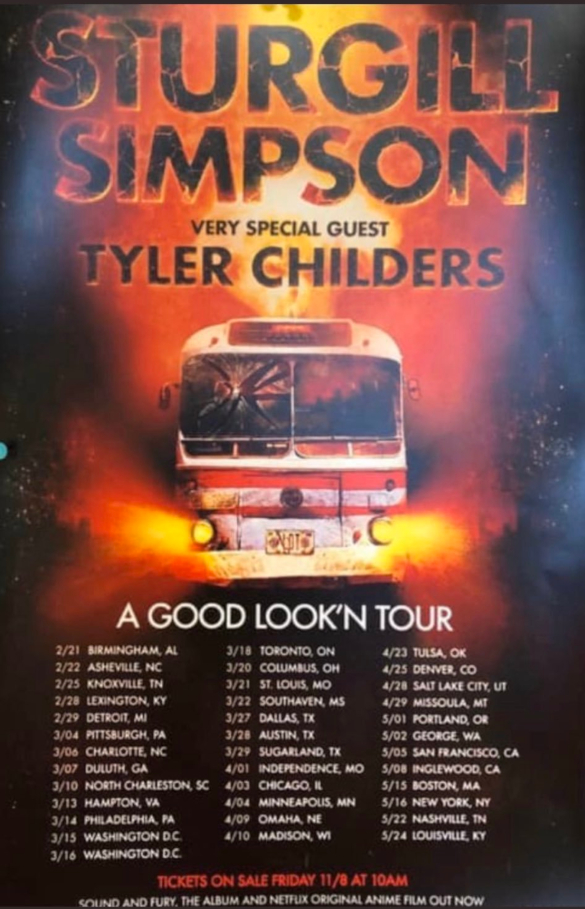