Prison and country music go together like peanut butter and jelly. No wonder a slew of country music albums have been actually recorded within prison walls—some for convicts, some by convicts, and some using convicts. And we’re not just talking about novelty releases either, but some iconic albums that have helped define country music over the years. Here are some of them. 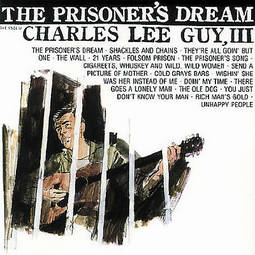 That’s right, believe it or not Johnny Cash wasn’t the first to release an album recorded at a prison (though he definitely released more of them than anyone else). That distinction falls to Charles Lee Guy III who was convicted of involuntary manslaughter in 1957 at the age of 16 and was sentenced to 1 to 10 years in a California lock up. While in prison, Guy sent an unsolicited demo to Capitol Records, and producer Ken Nelson thought it would be a unique project to record an album in prison. The Prisoner’s Dream was recorded in a prison auditorium with Joe Maphis accompanying Charles Lee Guy III on acoustic guitar. Most of the songs were covers about prison, but Spade Cooley (in prison himself for killing his wife), contributed the original “Cold Gray Bars.”

A review from Time Magazine in 1963 read, “The songs he has learned to sing there all reflect his sorry circumstance and among them is the latest composition of a prison chum, country music’s Spade Cooley [himself a wife killer]. Guy’s woeful voice and guitar accompaniment fit the spirit of his music, and in this remarkable album he has the power of a young white Leadbelly.” 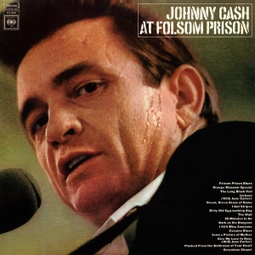 Sometimes overshadowed by Cash’s At San Quentin released a year later, At Folsom Prison is arguably the better work, and has the distinction of being the first of Cash’s now legendary collection of prison concert releases. Cash performed two shows at Folsom State Prison on January 13, 1968 with the help of Carl Perkins, June Carter, and the Tennessee Three. Fifteen tracks for the first show, and two from the second made the final cut.

Though Columbia Records put little investment in the album (Cash was seen as cold product at the time), the album became a big commercial success, hitting #1 on the country charts, and #15 on the pop charts. It eventually was certified triple platinum in 2003. The album’s single was the live version of “Folsom Prison Blues,” which became Cash’s first charting single of record since 1964. At Folsom Prison was the start of a big resurgence for The Man in Black. 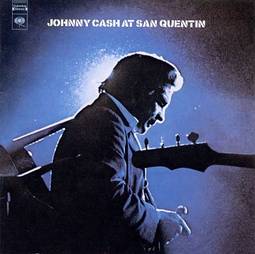 The quintessential prison album, and the most commercially successful prison album of all time, At San Quentin not only became #1 in country, but #1 in pop as well. And let’s all appreciate that Johnny Cash pulled off this feat during the height of the counterculture revolution in America when country music was seen as old and crusty by many. It also launched a #1 single “A Boy Named Sue” (written by Shel Silverstein), which also hit #2 on the pop charts. The album (along with At Folsom Prison) is given credit for revitalizing Johnny Cash’s sagging career.

At San Quentin was recorded on February 24, 1969, and released on June 4. The album was certified gold two months later, was certified double platinum in 1986, and triple platinum in 2003. The concert was also the scene of Cash’s now famous bird flipping photo. 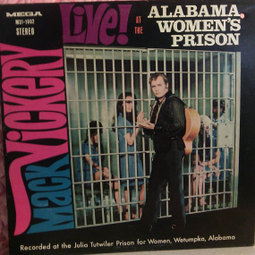 Mack Vickery was a songwriter who was once signed to Sun Records, and wrote songs recorded by Johnny Cash, George Jones, Waylon Jennings, Johnny Paycheck, John Anderson, and many more. He also regularly wrote and performed under other names, including Vick Vickers and Atlanta James.

Inspired by Johnny Cash’s success with prison albums, Vickery recorded Live! at the Alabama Women’s Prison—more specifically the Julia Tutwiler Prison for Women in Wetumpka, Alabama. Like Cash, Vickery chose songs that fit the setting, and the cheers of the inmates are a signature part of the recording. 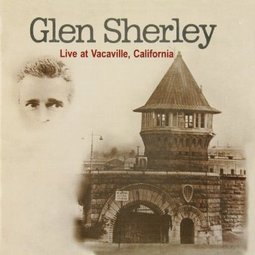 “The night before I was going to record at Folsom prison, I got to the motel and a preacher friend of mine brought me a tape of a song called ‘Greystone Chapel,'” Johnny Cash explained to Life Magazine in 1994. “He said a convict had written it about the chapel at Folsom. I listened to it one time and I said, ‘I’ve got to do this in the show tomorrow.’ So I stayed up and learned it, and the next day the preacher had him in the front row.”

That’s not only the story behind Cash’s ‘Greystone Chapel,’ but how convict Glen Sherley became a country music songwriting star while still behind bars. Serving time in Folsom for armed robbery, he became friends with Cash, who was there to greet Sherley when he was released. Sherley also met Spade Cooley while in prison, who was serving a life sentence for murder, and Eddy Arnold recorded Sherley’s song “Portrait of My Woman.”

Through this success, Glen Sherley was able to record a live prison album in 1971 for Mega Records, and it’s now considered a country music classic. Bear Family Records re-released the album years later as Glen Sherley Live at Vacaville, California. Sherley also performed with Cash, Linda Ronstadt and Roy Clark on the documentary Flower Out of Place that was also featured in the album A Concert Behind Prison Walls from 2003, but Sherley’s contributions were edited out of later versions. 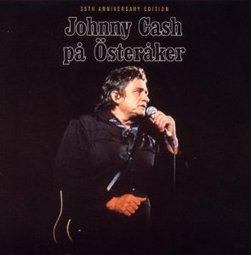 Not nearly as well known as Johnny Cash’s other prison albums, PÃ¥ Ã–sterÃ¥ker was recorded at Ã–sterÃ¥ker Prison in Sweden on October 3, 1972. It was not nearly the critical or commercial success of his previous two prison albums, and has been criticized for including a fairly weak song selection.

One bright spot of the album is the inclusion of two versions of the well-known Kris Kristofferson songs “Me & Bobby McGee” and “Help Me Make It Through The Night.”

PÃ¥ Ã–sterÃ¥ker might be a better conversation piece or collectors item, but still has its moments. 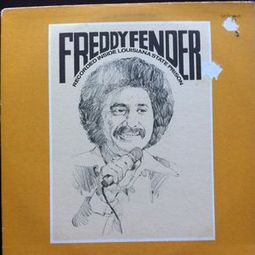 In May of 1960, Freddy Fender was arrested for marijuana possession in Baton Rouge, Louisiana and spent three years incarcerated at the Angola Prison Farm. At some point in 1962, this album was recorded, though unlike other prison albums, there’s no live audience. The production value is low, and the record wasn’t released until 13 years after it was recorded when Freddy’s song “Before The Next Teardrop Falls” became a big hit.

Fender was eventually pardoned by Louisiana Governor and former country music performer and songwriter Jimmie Davis. Recorded Inside Louisiana State Prison got lost between Fender’s major releases of the time, but remains an interesting time capsule into the early music of Fender’s career.

Sonny James – “In Prison, In Person” 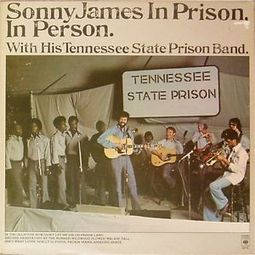 One of the most rare prison albums to find, In Prison, In Person is also one of the most unique. Instead of Sonny James bringing his own band to perform at the Tennessee State Prison outside of Nashville, he used prison-supplied inmates, and not just petty criminals. Sitting in with Sonny James were two convicted murderers and three rapists who were serving life sentences, as well as five other convicts serving a total of 118 years. Prisoners even were used to take the photos for the album’s cover and insert. Since the law excluded Sonny from paying the inmates royalties for their efforts, he instead upgraded the prison’s stock of guitars, amplifiers, and other instruments for the prison population.

“It’s not unusual for an artist to visit a prison,” James told People magazine in April of 1977. “But it was to my knowledge the first time this kind of thing has been undertaken, and I’ve never enjoyed anything more. We didn’t strive for perfection. We didn’t do it for the critics. It is, as they say, ‘listenable,’ though what makes this LP unique and pleasurable is that it’s real.” 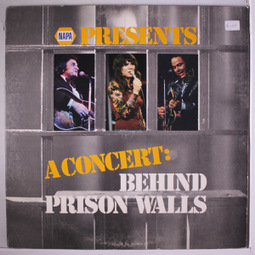 Originally recorded in 1976 as part of a documentary called Flower Out of Place that featured Johnny Cash, the Tennessee Three, Roy Clark, Linda Ronstadt, and comedian Foster Brooks performing at the Tennessee State Prison, it wasn’t released to the public in DVD and CD form until 2003 and became Johnny Cash’s 54th album. Earlier VHS forms of the concert are also floating out there.

Glen Sherley (see above) originally hosted the performance, and it was aired on national television, but for some reason Sherley’s participation was completely edited out of subsequent versions of the concert. A much different vibe from Cash’s earlier prison albums, since it was broadcast on television, the presentation feels a little more orchestrated instead of organic. Nonetheless, it is a worthy addition to Johnny Cash’s prison concert catalog. 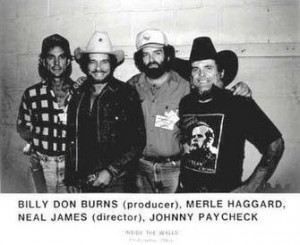 During Johnny Paycheck’s famous incarceration at the Chillocothe Correctional Institution, his manager and producer at the time, Billy Don Burns, arranged to produce a prison album for Paycheck. The production for the project was massive, and included over 50 people helping to put it on, flying Merle Haggard on a Leer Jet to Ohio between gigs so he and his band could participate, and four beta max cameras to record the concert in video form.

Unfortunately legal snags ensured that the album (and video) would never see the light of day. As for what happened to the tapes and master of the recording, “They were actually given to “Cowboy” Jack Clement at some point in time, and unfortunately the masters burned when his house burned down,” says Aaron Rodgers, a friend of Billy Don Burns. Possibly one of the greatest prison records in country music history is one that will never be heard.

Steve Earle – “Live At Cold Creek Correctional Facility” (1996) – Though never officially released as an album, this June 1996 concert recorded at the Cold Creek Prison in Tennessee was aired on MTV, and released in DVD form in 2013. Earle performed the concert as part of a parole agreement for a drug offense. Bootleg versions of the audio exist, making it worth mentioning in the same breath of other country prison albums.

David Allan Coe – “Penitentiary Blues” (1969) – Not a prison record per se (it wasn’t recorded in one), it was nonetheless inspired by Coe’s time behind bars. Coe also performed at numerous prison concerts throughout his career.