After releasing a total of seven Greatest Hits releases in an attempt to keep Tim McGraw under contract indefinitely, after refusing to release his last album on the label Emotional Traffic, after insisting McGraw owed them yet another album and losing virtually every court case and decision while in a protracted legal battle with both McGraw and his new label Big Machine Records, finally releasing Emotional Traffic after they had found out they had lost, and releasing a duets album in an attempt to counteract Big Machine’s first Tim McGraw release, Curb Records is releasing yet another album from Tim McGraw; an artist that hasn’t called Curb Records home officially for over 2 years.

The album will be called Love Story and will feature Tim McGraw’s “12 biggest love songs,” two previously-unreleased recordings, and will be released exclusively through Wal-Mart on February 2nd, 2014.

Mike Curb and Curb Records have a long list of transgressions against their artists, refusing to release music in a timely manner to keep artists under contract, repackaging music to mislead consumers, and releasing music against the wishes of their artists. Along with Tim McGraw, Frank Zappa, The Beat Farmers, LeAnn Rimes, Hank Williams Jr., Hank Williams III, Jo Dee Messina, Clay Walker, Lyle Lovett, and others help comprise a long list of Mike Curb’s transgressions against artists. 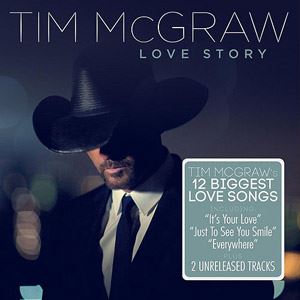