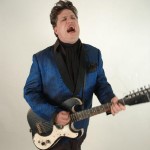 In music, one way you can break down musicians is by classifying them as either originators, or imitators. The next thing you might expect me to do is trash the imitators, and sing the praises of the originators, but aside from usually being the most commercially successful of the two sides, the imitators can also be widely influential and creatively relevant as well.

But when you’re a hardcore music junkie like me, who has spent years building up a heavy tolerance from excessive music listening, or you just want to find the heart of the music, you must search for the truly potent stuff by breaking music down to the the germination of a style or approach by seeking out these originators to find that same magic you felt the first time you heard some of your favorite bands or artists.

Someone people might finger as an originator of music is the widely-influential artist and producer Jack White (The White Stripes, many others), but even Jack can be broken down further. If you follow his influences, where you’ll end up is a handful of artists, including an early 90’s band called The Flat Duo Jets, and their frontman Dexter Romweber. It isn’t that Dex’s style is so wholly original to the ear. For convenience, you could classify it as rockabilly, and this would be fair. But his ability to bridge and flow between so many different classic American styles: rockabilly, country, blues, jazz, surf, garage; and his ability to do it with the most unparallelled authenticity of rabid energy, is the reason that Dex Romweber is a musician that musicians listen to. 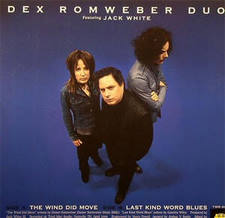 A saying you see is that Dex Romweber taught Jack White how to be Jack White. Check this out:

The thing I liked about the Flat Duo Jets was they were showing people what was possible in a live performance and on a record. It was really refreshing to see a band like that, that it was obvious when you watched Dexter perform, he didn’t care what people though about him, he just wanted to express these songs that were coming out of him.

The Flat Duo Jets recorded their self-titled 1990 album in a garage on two tracks. After the group broke up in 1999, Dex Romweber began a solo career. He now performs as the Dex Romweber Duo with his sister Sara, who gets my vote as one of the best drummers carrying two X chromosomes. Dex’s duo approach has also been cited as a seminal influence on the greater music world, contributing to bands like The Black Keys. 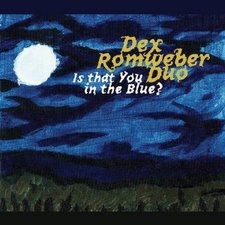 The Dex Romweber Duo has just released a new album, Is That You In Blue through Bloodshot Records. If spending 25 years mercilessly using his body as a medium to express American roots music in a wild manner has slowed Dex down or diminished his effectiveness, there is no evidence to that end in this work; the evidence is to the contrary.

Is That You illustrates the healthy mix of classic American music modes that is Dex’s signature. His originals sound like classics. The classics he chose for the album sound like originals. If songs could talk, they would beg for the Romweber treatment. To be handled with such energy and class, to be presented with such tone and taste is an honor. With his white on black, classic Silvertone guitar, Dex exudes his songs more like an incantation than a performance, allowing the soul of the song to flow through him, with no regard to how goofy the ritual makes him look. Dex is also not afraid to slow it down on this album, and rely on his deep voice that evokes Memphis of the mid 50’s, and the madness of raw human emotion.

Dex Romweber has solidified his place as an American original by keeping originality alive in American roots music. Deep roots make strong branches, and though roots may be hidden underground, the strength of Dex Romweber has allowed many branches to climb high, and made the tree of American music a much more beautiful, interesting, and entertaining thing to behold.

Is That You In Blue is available on CD or Vinyl