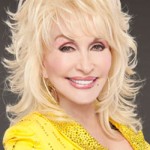 Fallout from the sale of Gaylord Entertainment to Marriott International continues. Shareholders approved the $210 million dollar deal on Tuesday (9-25-2012) despite one of the leading investors in the company wanting Gaylord to spin off its Grand Ole Opry assets. Now the deal has ruffled the feathers of a country music heavyweight: Dolly Parton.

In January, Dolly Parton and Gaylord announced intentions to partner up and build a snow and water-themed amusement park in Nashville. The 114-acre, $50 million park was to be located near the Gaylord Opryland hotel on an entertainment zone off Briley Parkway. But when Gaylord Entertainment let it be known they had plans to sell the company to Marriott International and restructure the company into an REIT or Real Estate Investment Trust, Dolly Parton began to get cold feet, saying at an August 10th press conference:

There are a lot of changes going on. Gaylord is actually involved at the moment with some changes of their own, so we are just kind of waiting until they get their things straightened out before we go forward with that.

Now Dolly Parton has completely pulled out of the deal and is not mincing words about why, apologizing to the City of Nashville and the State of Tennessee, but seemingly laying fault at the feet of Gaylord.

Gaylord makes decisions that they feel are good for their company and their stockholders and I have to make decisions based on what is best for me and the Dollywood Company. Governor Haslam, Mayor Dean, and all the folks in government have been great to work with. I really appreciate their support through this process.

The proposed theme park was one of the Gaylord Entertainment assets that was scheduled to be re-aligned under Marriott International control like other Gaylord properties in Nashville, including the General Jackson Showboat and the Wildhorse Saloon. Gaylord is keeping managerial control of its large hotel properties and The Grand Ole Opry under the new Marriott umbrella, and renaming the company to Ryman Hospitality.

Dolly Parton owns the Dollywood theme park in Pigeon Forge, TN, and Gaylord was hoping for the country music legend to bring her high-caliber name and theme park expertise to the new amusement project. Now they are left looking for new partners. The Nashville theme park was originally planed to be a 50/50 venture between Gaylord and Dolly.

The Gaylord/Marriott deal is also turning out to be a job killer, at least for the Nashville area. The dissolution of the Dolly/Gaylord deal could cost Nashville as many as 450 jobs the theme park was hoping to create, and that doesn’t include the construction jobs to build the park. That is on top of the 310 positions expected to be cut in Nashville in the coming days with Gaylord restructuring into Ryman Hospitality.