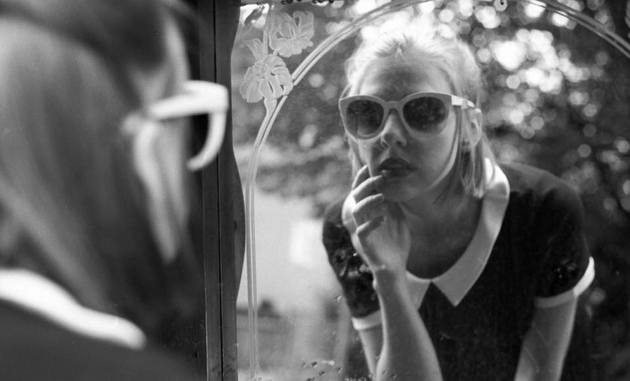 I would only hope that by now the notion that the best singers and songwriters are the ones with the most name recognition or Facebook “likes” is a bygone myth. Music is such a mess at the moment, you’re more apt to find something meaningful at a local open mic as you are listening to the radio or even searching the internet. 2015 was a terrible year for music, and 2016 so far isn’t shaping up much better. East Nashville feels tapped out, and Austin was done many years ago. The best music happening right now you’re likely to never hear, unless you’re one of the lucky ones to stumble upon a local artist with world class talent; an artist like Dori Freeman.

You shouldn’t be expected to recognize the name, and don’t expect her to blow up overnight. But she just put out the album that so far in 2016 everyone in the country and roots world should be paying attention to instead of trying to figure out how to stylize themselves to the Dave Cobb sound, or do something different for different’s sake.

The town of Galax, VA sits in the shadow of the Appalachian mountains and not too far from the North Carolina border, and it’s an unlikely place to happen upon a hopeful and promising songwriter, but not because the town is bereft with musical heritage. Galax is singing with music in fact. It’s the home of the 80+ year-old Old Fiddler’s Convention and other annual events that make this small town loom large in the ethos of American string music. Dori Freeman is clearly influenced by bluegrass and old time country, but she’s no champion fiddler. She’s a singer, and a songwriter who should be heard well beyond the corners of coffee shops or at winery gigs in the lower Virginia region. 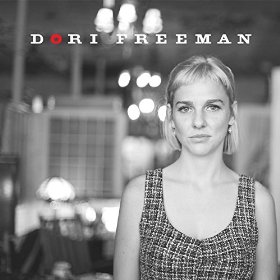 Sometimes the artists that are the best at tapping into those little currents of nerve tingling turns of phrases are not the ones that aspire to be the beneficiaries of mass media. And if it happens, it happens by accident. Dori Freeman was “discovered” by Teddy Thompson, who happens to be the son of British guitarist and songwriter Richard Thompson. Next thing you know she’s recording in the studio with a set of hand-selected musicians and Teddy at the helm. If Dori Freeman’s debut album doesn’t accomplish anything else, it should go down as one of the best produced efforts in recent memory.

For the love of God just let the songs speak out and choose their own path, and that’s what happens in this self-titled release. The sentiments are so naked and pure, and as potent to stirring the spirit as the smell of a baby’s head that it awakens more than just an appreciation for music, it awakens an appreciation for life. The first two songs of of this album, “You Say,” and “Where I Stood” are just Dori and her guitar, except for harmonies on the second one. This album is fearless in how it recognizes what genius these songs are, and knows to get the hell out of the way and let them blossom.

By the time you get to “Go On Lovin'” you’re already hooked, and that’s when Dori hits you with that slow and laid back traditional country magic. For such little effort, there’s so much diversity on this record. As Freeman moves into “Tell Me,” she’s evoking more of a folk pop influence, yet the shying away slightly from the roots only strengthens the sway of this music upon your heart. Just as this album is a mastery in the conservation of sounds to allow the songs to shine, Dori’s voice is this fiercely pure force of nature. It’s the simplicity and dryness of her tone that gives it such strength, and when she warbles in the chorus of “Tell Me,” it’s like the audible cry emitted from a yearning heart.

“Ain’t Nobody” is her Tennessee Ernie Ford moment, but served up in her own special finger-snapping a capella way. And for all the texture and emotion this album unloads on the listener in the first half, the second may be where the songwriting finds its greatest depth. “Still a Child” is like three songs in one.

2016 is still a young, fertile lass and much more still needs to be determined. But I get the sense we’ll be talking about this album again come December, and Dori Freeman will not be a name unknown, but the one of the select few to be measured by.