Trigger Down with Pop Country 19 Comments 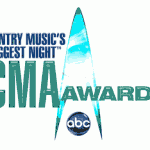 Tonight is 2010’s installment of the CMA Awards, undoubtedly country music’s most important night, but one that is regularly marked by controversy. The kinky sex backroom deals that make mainstream country turn get exposed for all to see as awards are handed out as bribes and paybacks, with quality and talent being the least of criteria, if even a concern.

Last year it was Taylor Swift sweeping the night, getting all us purists in a huff. This year numerous artists are in a huff even before the first Auto-tuned performance begins in a shower of glitter, because of who the nominees are. But it’s not purists crying foul. The CMA’s are such a vulgar display of open-handed collusion by Music Row’s major labels and have been for years, even pop country acts are joining in the CMA nut kicking.

Jason Aldean took some time from rehashing bad rap songs to bitch about getting the razz from the rigged events show to the Associated Press:

The average fan doesn’t understand how all that stuff works and the industry probably doesn’t want them to. Fans watch a show and they get all up in arms because their favorite artist wasn’t nominated or didn’t win an award they were nominated for. Bottom line is it’s not based on anything, man. It’s based on who can rally the most troops for their guy, and sometimes this guy wins and sometimes that guy wins. It’s just kind of the way it all shakes down.

Aldean blames the fact that he’s not on a major Nashville label for being forgotten.

Rascal Flatts’ Jay DeMarcus (not the fat one or the superhair one) who sits on the CMA’s Board of Directors and is the Chairman of the Artist Relation Committee can’t even explain why the CMA’s pick who they do:

I’ve been trying to get to the bottom of it for years. I still don’t understand it. I sit in those rooms and say, ‘Can someone explain this to me?’ … There are certainly people who have been denied before and I think it’s something that needs to be addressed and fixed.

“Fixed” is the optimum word here, and about the only thing the CMA’s have done right in the past few years is continuously snub DeMarcus and his spikey blond brothers for CMA’s, but according to DeMarcus, he doesn’t care. “I’d rather be rich than have a trophy.” he says.

Tonight is the reason I religiously slip that white paper bag out of the back of the airplane chair into the carry-on, so I am well-stocked for continuous stomach purging. I watch so you don’t have to. A good alternative tonight would be “Anti-CMA Night” on SCM Live with music starting at 7 PM Central. Also you can check out clever musings from Juli Thanki, and quips from myself in the comments on The 9513’s CMA Awards live blog.