Finding Lorrie: Are All Turnpike Troubadours Songs Tied Together? 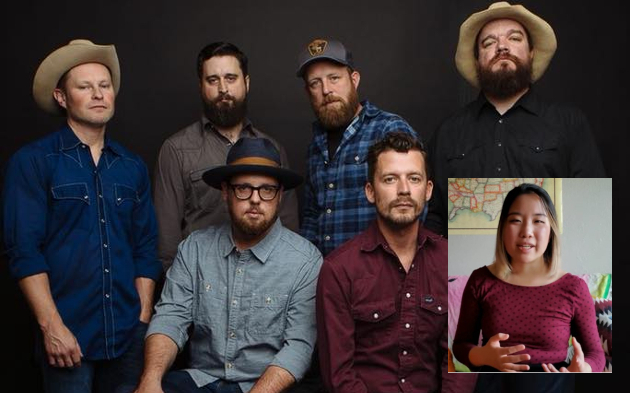 If you’re looking for something to ponder to help get you through the prolonged hiatus Oklahoma’s Turnpike Troubadours are currently in the midst of, an industrious YouTuber has just posed an interesting theory.

Any Turnpike Troubadours fan worth their salt already knows all about the lineage of the girl named Lorrie through multiple Turnpike Troubadours songs. Appearing directly in “Good Lord Lorrie,” “The Mercury,” and “The Housefire,” Lorrie has become almost like a mascot and a muse for the band, tying the songs and albums together as a recurring character, and becoming synonymous with Turnpike itself. Saying “Good Lord Lorrie” has become a colloquialism and catchphrase for many fans of Texas and Red Dirt music.

Lorrie is not the only recurring character in the Turnpike Troubadours universe though. There’s also Jimmy, who appears directly in the songs “The Funeral” and “The Mercury.” There’s “Doreen,” who has her own song, and may appear in others. And appearing in multiple Turnpike Troubadours songs isn’t just relegated to people. There’s also the Browning Auto 5 shotgun that appears in both “The Bird Hunters” and “The Housefire.” This is all the genius of Turnpike’s frontman and primary songwriter Evan Felker, who has proven over the years to be one of our generation’s most inspired, inspiring, and industrious songwriters.

Saving Country Music tried to map out the lineage of Lorrie a few years ago, concluding, “Is Lorrie the subject of other Turnpike songs? Is she based off of a real person? What other characters might be recurring? In the end we still don’t know much about Lorrie, and that’s probably how it should stay, so that she can become whomever she needs to be to each of us, fulfilling an archetype and giving us someone to follow as we listen to wherever the next Turnpike Troubadours song takes us in time, place, mood, and character. We care about Lorrie, and are curious about her fate. And that’s what makes a new Turnpike song something more than just another recitation about people we don’t know.”

New Slang has also delved into the subject in the past.

Christine of the YouTube channel The Backroad goes even further in a new video, extrapolating out all the Turnpike Troubadours songs, and asking if they’re all tied together through Lorrie and the other recurring themes and characters. She cites a total of 20 songs that could be tied to Lorrie alone, including some of Turnpike’s best-known tracks. Could Lorrie be the subject of “Every Girl”? Could she be the girl that makes Evan Felker turn his shopping cart around in “7&7”? Could it be her tan legs checkered from the folding chair in “A Tornado Warning”?

It’s probably worth noting that Evan Felker is not the only writer in the Turnpike Troubadours. Bass player RC Edwards has also penned multiple tunes, sometimes with Felker, and sometimes on his own like the song “Morgan Street.” Jonny Burke is someone both Evan and RC Edwards have written with for Turnpike records. Former Turnpike member John Fullbright also appears in songwriting credits. One of the band’s biggest songs “Long Hot Summer Day” is an old John Hartford tune, while “Doreen” was actually written by Old 97’s frontman Rhett Miller. Jamie Lin Wilson wrote “Oklahoma Stars” with Evan Felker. But that doesn’t exclude the possibility that all the songs still don’t sit in the same universe, and were either written or selected to do so, especially since Evan Felker does still own the lion’s share of the band’s written material.

Whether every Turnpike Troubadours song is meant to fit together or not, it all underscores just what a gift the music of the Turnpike Troubadours is, where the intrigue of the recurring themes and characters sucks you in, and keeps you engaged from never really knowing all the possible tie-ins and conclusions. Each of us fall on different interpretations of not just the individual songs, but how they may all fit together. But most everyone agrees the depth of storytelling results in something much more than just a string of songs and music compiled into albums not meant to represent anything more than the enumerated tracks.