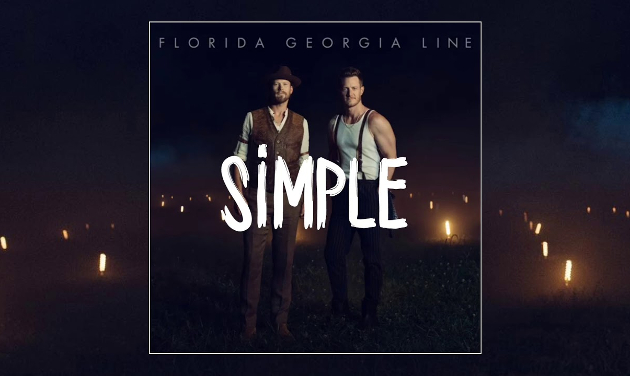 Ragingly relevant to 2012, the latest Florida Georgia Line reboot goes full-blown Mumford & Sons on our asses as part of their big, multi-year rehabilitation campaign to save their skins from certain doom as a laughing stock of country music history. And when I say Mumford and Sons, I’m talking about the whole damn motif in lock step with the textbook stereotypical definition ripped straight out on Merriam Webster, with whistles, hand claps, banjos, suspenders, vests, and bowties, like you’re trying to get laid at your liberal arts college during the first term of the Obama Administration by playing “Wagon Wheel” in an old time string band.

Oh this is so deliciously bad and hilarious. It’s like a blessed gift of comedy to get you through an otherwise crappy week. The direction Florida Georgia Line is attempting to go here would almost be admirable if it wasn’t so incredibly transparent at what is transpiring here, and half a decade too late. Saddled more than any other stage act with the anchor of the “Bro-Country” label—and admonished by the major country music awards and many of their own peers for being the preeminent producer of vapid pap for the last five or six years—“Simple” is the latest stab by the duo to stay afloat in an ever-changing world where Florida Georgia Line is becoming more clearly defined as the flash in the pan we always knew they always were, and the sacrificial lamb for all of Bro-Country’s sins over the last half decade.

This is not a similar moment to when the duo shocked, and frankly impressed when the lead single from their second record Anything Goes was offered to the public in the form of “Dirt.” What worked about that song was it still nestled into what Florida Georgia Line was, as shallow as they may have seemed. “Dirt” exuded substance and delivered storytelling as opposed to the doltish mush-mouth refuse that defined their earlier singles. It was Florida Georgia Line being the best they could be.

“Simple” however is so incredibly hokey and pandering, it’s impossible to take seriously. You can almost hear the duo saying to themselves, “Well, what do all those east Nashville hipsters like? They like banjos and suspenders and shit. So let’s do that.” But even in that estimation they’re incredibly wrong. East Nashville has moved on to jean jackets, cocaine mustaches, spending $600 on rhinestone coats at Nikki Lane’s vintage shop and purposely making their records sound like shit so they can be like Margo Price. Mumford & Sons had become pariahs by the time FGL’s “Cruise” was setting its all-time records on the Billboard charts in 2013, so much so that even Mumford & Sons has moved on from the sound and are now trying to fill mid-sized venues by playing alt rock.

But let’s not let the reactionary bile that comes boiling up through the esophagus at the mere mention of the name “Florida Georgia Line” cloud our judgement upon the merits of “Simple.” As a song divested from the history of this duo or the timeline of relevancy, it’s fine. It’s incredibly harmless, a shift in the positive from Florida Georgia Line’s low standards, and yes, rootsy and organic. None of this makes it good mind you. The lyrics are inane and mindless stock, but hey, at least their annunciations are within the vernacular of the English language for once. “Simple” will probably knock some much worse song on the radio down a notch. It’s just good enough to be very slightly better than the median of the mainstream at the moment. So whatever. Don away your paperboy hats and guit-jo’s you dweebs, and do your best Dom Flemons impression while your careers still have a last dying gasp.

And don’t mistake this for some dramatic swing in direction from the Florida Georgia Line duo. We weren’t fooled with “Dirt” back in 2014, and we shouldn’t be fooled here. Their new record will likely still be the same fatuous crud. Or maybe it won’t be, and that might make it even worse. Because as bad as Florida Georgia Line is, they should still follow the same cardinal rule of all artists: be who you are at all costs. For Florida Georgia Line, that very well may be a product of a short-lived era that will be relegated to doing nostalgia shows 20 years from now. But shit, they’re loaded and are set for life. Own it. Keep riding that gravy train until it gives out. Trying to act like you’re the second coming of the Lumineers is just embarrassing on so many levels, even if it results in some inadvertent entertainment for naysayers.