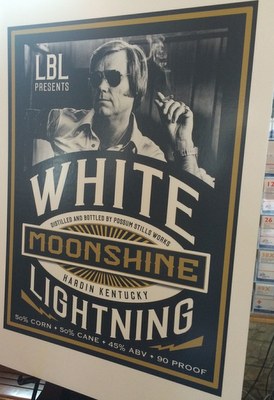 On Monday, January 13th, the concrete plans for the George Jones Museum and Event Center set to open in Nashville were presented to the press and public in an event in the eventual museum space. First announced in September of 2014, George’s widow Nancy Jones has spent $4.35 million on two pieces of adjacent property at 128 and 130 Second Ave. N. in Nashville where the former home of the Graham Central Station nightclub complex was located. The property is right near the Cumberland River, and within walking distance of both the Country Music Hall of Fame, and the recently opened Johnny Cash museum. The 44,000 sq. ft. facility is set to include an event space, a music venue, a restaurant, a rooftop deck, and a gift shop, all to commemorate the legacy of the country music legend.

Though the major work hasn’t officially started on the museum, they still expect to have it open by April 26th—the two year anniversary of the passing of the country icon. Nancy Jones said they will be working “around the clock” to make it happen, and Jamey Johnson has already expressed interest in playing the opening ceremony.

Also unveiled as part of the presentation was the plan to have the name and likeness of George Jones used on his own line of flavored moonshine and vodka, branded after his first #1 hit from 1959 written by The Big Bopper, “White Lightning.” The beverage line will be made in a partnership with the Silver Trail Distillery in Hardin, KY. It will include multiple flavors and a separate vodka product, each with what Nancy Jones characterized as George’s “Badass picture” on the label with the country singer in shades and smoking a cigarette.

But some are questioning the wisdom of putting the likeness of George Jones on an alcoholic beverage. Though country music, alcohol, and moonshine specifically are synonymous with each other in many ways, George Jones battled with alcoholism and substance abuse throughout his life, spending time in rehabilitation hospitals and in jail on multiple occasions.

1967 was the first time George ended up in a neurological hospital after binge drinking and amphetamine use almost killed him. At one point in 1979, despite being one of the best-selling artists in the history of country music, George Jones was bankrupt and destitute because of his drinking, living in his car, weighing around 105 pounds and living off of junk food. George spent time in mental institutions tied to his drinking multiple times and had to be straighjacketed on numerous occasions. He became known as “No Show Jones” because he missed so many engagements over his career.

Waylon Jennings helped get George Jones sober again in the early 80’s, but as he had done many times before, be fell back into severe alcoholism. It wasn’t until 1999 when George Jones wrecked his car and spent two weeks in the hospital that he would become sober for good. His wife Nancy Jones, who George met in 1981, is also given credit for helping stabilize his life, and keeping drug dealers away from her husband.

The stories of George Jones riding lawnmowers to bars and liquor stores after his keys had been taken away, and spiraling out-of-control in drunken stupors are the stuff of country music lore, but it also lent to much tragedy and self-destruction in George’s life, including his divorce from Tammy Wynette, his multiple arrests, and at one point Nancy’s daughter Adina reportedly being kidnapped by drug dealers because of George’s cocaine addiction and debts.

All of this George Jones history has many concerned about his likeness being used on a bottle of the substance he struggled with so heavily throughout his troubled life, including his daughter Georgette Jones—the daughter George and Tammy Wynette.

“Trying so hard to remain silent but I can’t… “ Georgette said via Facebook on Monday. “I’m sorry but I hope other people can see the truth. Dad is rolling in his grave over this! Anyone who truly knew him would know how much he would hate this!”

During the media event unveiling the moonshine and museum plans, Nancy Jones addressed concerns from reporters about the White Lightning moonshine, saying that George had toyed with the idea of endorsing an alcoholic brand all his life. “He’d say the alcohol controlled him all his life, and now he’s controlling it.”

However, if George Jones wanted his name on alcoholic beverages, why didn’t he sign off on the idea when he was still alive?

To some country music fans, having the George Jones name and likeness on an alcohol bottle is every bit appropriate. The myth of George Jones has made him into country music’s most famous alcoholic, arguably even more famous for having a hard time controlling his drinking than Hank Williams. Many country songs refer to Jones’ alcoholism directly, like the 2011 Jason Aldean country rap mega hit “Dirt Road Anthem” that says, “swervin’ like I’m George Jones.” Some proponents of George’s music may also point out that putting his visage on a alcohol bottle might expose him to more people than country radio will these days.

But with all of George’s historic struggles with alcohol, the move seems surprising. A museum commemorating George’s life is arguably past due. But bottles of alcohol bearing his name and likeness seem to be in poor taste to some fans, no matter what flavors they come in.

In the end though, it is the call of the George Jones estate.