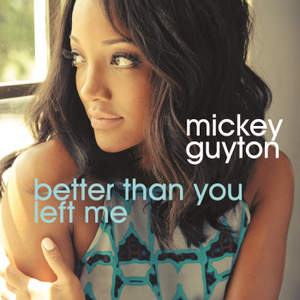 We bemoan much over the loss of melody and story in modern country, and how it’s been replaced by simplistic rhythms and lists. But another casualty of the times not given its proper edification or concern over its cataclysmic disappearance has been the waltz beat. An absolutely essential element to early country, and one that still can strike at a chord that no rhythm divisible by two can touch, this tool’s value can’t be overstated, though its fashion seems to be irrevocably marked by a slow and steady decline.

When Kacey Musgraves released “The Trailer Song,” not off her album Same Trailer, Different Park, and not as a single, but as a “gift to the fans,” a big opportunity was wasted for a traditionally-oriented country song that could resonate with listeners to be featured on the radio. One of the reasons it could have gone over so well was because it was a waltz. With the waltz all but disappearing from radio country, yet with it still remaining one of the most defining rhythms of the human experience, the appetite couldn’t be greater. And we may be seeing that evidenced by the performance of the debut single from emerging country music artist Mickey Guyton called “Better Than You Left Me.”

Before many folks had even heard the song, it already accomplished something that is quite astonishing. “Better Than You Left Me” received 79 “adds” at country radio, meaning radio stations that put the song into their rotation during the week of its release, making it the most-added song of the week and the highest one-week add total in Country Aircheck history for a debut single. In statistical terms, this was a spectacular showing.

I’m going to say something that many people are thinking, but few, if any in the country music media have the freedom to say: The reason “Better Than You Left Me” has been so successful initially is because Mickey Guyton is a black woman. I’m not saying it’s right, I’m not saying it’s wrong, but since this song is emanating from a major label, and there is a desire in the industry to be inclusive, Guyton is not finding a low ceiling, but a receptive audience amongst the radio programming oligarchy. This may sound unintuitive given the closed-minded history of country’s radio programmers, but in truth Mickey Guyton and “Better Than You Left Me” display the perfect remedy to combat criticism of a lack of inclusiveness for women and minorities.

Making things more difficult for Guyton on the surface, beyond her race or sex, is the fact that this debut single is fairly traditional. We saw this with Darius Rucker’s first country record. At the time, it was more country than most of his country male peers. Fair or not, Rucker had to prove his country muster to gain acceptance from the industry. I’m not saying Mickey Guyton’s traditionalist leanings are calculated and deceptive. I think she holds the ghost of Patsy Cline and the spirit of Dolly Parton within her heart chambers, and what we’re seeing is a true expression from an artist. But it makes the initial acceptance of “Better Than You Left Me” that much more exceptional.

Guyton’s first big break came when she sang Patsy Cline’s “Crazy” at the White House for a PBS special, and nailed that sucker to the wall. It may have been a little bit over-sung, and that is also a symptom of “Better Than You Left Me,” and where you see her influences from the other side of the music world from artists like Whitney Houston and the Winans gospel duo seeping into her music. Some will take Guyton’s over-singing as a sign of pop, but there’s nothing wrong with stretching your vocal wings, even if it sounds foreign to country ears because so many singers these days can’t fly. She’s from the Dallas, TX area and grew up singing gospel in church. This is where her wings grew strong, and her voice was instilled with a lot of authentic soul.

“Better Than You Left Me” gets most all of the textures right—the steel guitar, the waltz beat, the swaying back and forth that jars loose the emotions from the heart and sends them racing through the blood stream. It’s pop country, but like Patsy Cline was pop country. Sure I’d love a little bit more dirt thrown on it or for her vocal performance to be a bit more subdued, but it’s more than a start. As we love to say about good first-person songs from females, it is empowering, but not in a shallow, “screw that guy, let’s get drunk and key his car” kind of way. It resides and resolves in more depth.

I’m all for celebrating the uniqueness of having Mickey Guyton make an impact on country radio. But not from the color of her skin, but from the content of her music; holding to a more traditional style, re-introducing the waltz beat, and doing it all with resounding taste. It’s about time modern country radio got integrated with songs that actually sound country. Even better if it’s a minority doing it.

“Better Than You Left Me” was written by Mickey Guyton, Nathan Chapman, Jennifer Hanson and Jenn Schott. It was produced by Nathan Chapman.