Hey Chris Brown, So I Heard You May Want to Go Country 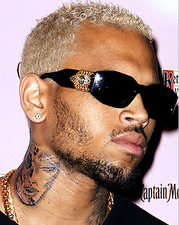 Hey Chris….Chris Brown. Yeah, you. Hey it’s Trigger, aka “The Triggerman” from savingcountrymusic.com. Hey I just wanted to tug on your ear for a second, because I heard that you “might want to do a country album.” I remember hearing this from you a few years back as well.

Look man, I’d go as far as taking up arms for the rights of anyone to make whatever artistic expression they so choose. But on the behalf of the people of country music, I’d like to graciously request that you keep your woman-beating, Auto-tuning, lip-syncing, shitty-music making, metrosexual-doucher, getting-in-fights-in-swanky-nightclubs-over-idiotic-rap-turf-wars ass the hell away from anything that could ever be associated or construed with or even misrepresented as country music.

Please and thank you.

Because this is the deal Chris. There’s some folks out there that exist in the country music world whose music I don’t particularly care for, but that doesn’t mean I think they are bad people. If I happened to meet them in person, I’d shake their hand and show them the general respect most any human should be afforded. But you Chris Brown are a special type of evil, demented, and narcissistic form of human refuse. You have figured out a way where despite all of your disgusting and hideous actions, to make yourself out as the victim in an insidious contortion of the true nature of victimhood that some of your previous lovers and cohorts find themselves in, despite whatever brainwashed actions on the outside the public may see. We all make mistakes. What separates us is who is willing to take responsibility for those mistakes, and who isn’t.

And what’s up with this line, “Music is for everyone. When you put genres on music, you segregate it.” Yes, what an enlightened, altruistic, builder of bridges you are Mr. Brown, but I seem to remember just six weeks ago when you went on a narcissistic rant in a nightclub, alluding to how you believe men own women, and specifically their private parts, saying, “Don’t make me have to tell you again, that’s my pussy! So every person in this motherf**king building, if you got a bad bitch you better say that shit to her, or she might f**k another nig*a.”

And why say you want to make a country album if you don’t believe in genres? Oh, and thank you for alluding to country music as a repository for washed-up, aging talent when you said you may make a country album when you’re “older.” I’d rather see a battalion of Sheryl Crows “go country” than to even hear one “crossover” song from your pathetic ass. The only reason you’re popular is because of this unhealthy, American obsession with the bad-boy archetype and the voyeuristic fascination with the self-destruction of celebrity. You’re a living example of the sickening objectification of women, and how to break down women’s self-esteem to control them. So please Chris Brown, stay the hell away from country.

Have a blessed day,