Every once in a while you have and artist or band come out that is so pure, so raw, and so good, it is destined to self-destruct from its own internal pressure. Such was the case with the original incarnation of The Boomswagglers, a two-piece band consisting of Spencer Cornett and Lawson Bennett. The name “Boomswagglers” came from their real-life experience of living in a shack, eating out of cans and living off the land, spending days hunting arrowheads like modern day Mark Twain characters.

During this period they both became highly-skilled guitar players and wrote some of the most authentic country songs you will find recorded in the modern era. Hillgrass Bluebilly Records in Austin, TX got a hold of The Boomswagglers long enough to try and record an album, but the project almost seemed doomed from the beginning; they were just too raw, too real. It resulted in a rough, disjointed project that Hillgrass didn’t feel confident enough to put their stamp on, yet as bits and pieces leaked out over the years, The Boomswagglers slowly became underground icons from their raw songs and occasional performances around Austin, TX. After years of the public itching for the project’s release, Hillgrass Bluebilly finally released a Boomswagglers album as a bootleg for a short period. 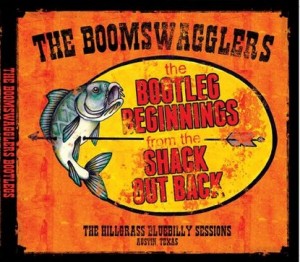 Something about the authenticity of the whole thing made The Boomswagglers’ bootleg arguably one of the best, most engaging projects released in all of 2011. At some point Hillgrass Bluebilly took the bootleg down, and since then Saving Country Music has been flooded with questions and requests of where to obtain this rare piece of audio gold. The original Boomswagglers album has become an underground classic, and Hillgrass Bluebilly has finally decided to give it a proper physical and digital release, with a brand new version completely remastered from the original studio sessions.

The new Bootleg Beginnings from the Shack Out Back physical copy will be a collector’s edition that will include a handmade emergency fishing kit attached to the CD, with a hook, line, and various lures. The physical release date was July 12th, with the CD Release party happening at Antone’s in Austin, TX, with Hellbound Glory and Cade Callahan performing as well. The digital worldwide release is today, August 21st.

Guitar player/songwriter Spencer Cornett still plays under The Boomswagglers name with other players, while Lawson Bennett is now the proprietor of the Mustache Podcast.

Original “Two Guns Up” Review of The Boomswagglers’ Bootleg Beginnings 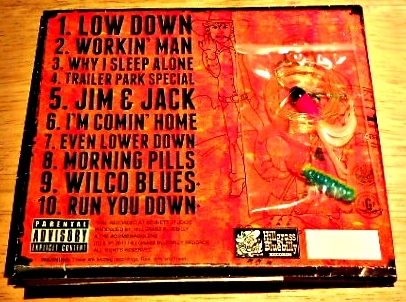 Bootleg Beginnings from the Shack Out Back, Cade Callahan, Hellbound Glory, Hillgrass Bluebilly Records, The Boomswagglers