How Should a Country Music Purist Regard the Musical Legacy of Glen Campbell? 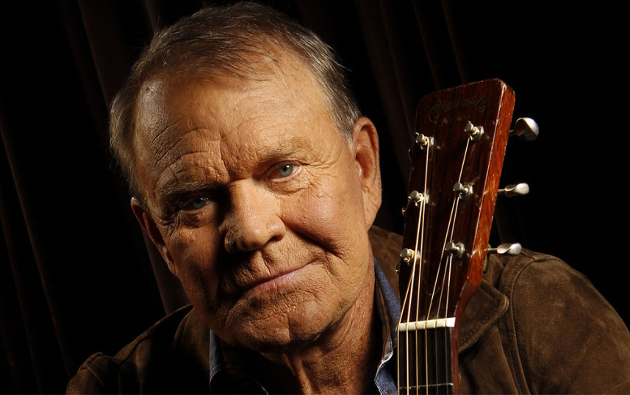 How should a country purist regard the legacy of Glen Campbell? That should be a really easy question to answer: with class, respect, and appreciation for a man that was an incredible ambassador for the genre through multiple avenues, and a timeless contributor to the country music canon with songs that touched the world of country and pop alike in positive and indelible measures.

Yes, it is fair to say that Glen Campbell was one of country music’s first true modern crossover stars, and helped import a pop sensibility to country music in his era. But well before Glen Campbell, pop had already become an element of country with Eddy Arnold, Patsy Cline, and so many others. Pop country didn’t start with Glen Campbell, and it certainly didn’t end with him, and it certainly didn’t get any worse with his efforts. Glen Campbell was a pop country star in an era when pop country was something both pop and country fans could be proud of and enjoy together, bridging divides in tastes, styles, and cultures, as opposed to defining them.

It’s hard to not listen to those classic Glen Campbell compositions and not feel the same stirring in the soul that a classic, hard country song does. Glen Campbell wasn’t just a pop star in country, he was a singer whose contributions transcended genre, and helped turned scores of listeners onto the virtues of country. And Glen Campbell, throughout his career, was an important catalyst for so many authentic country artists to either get their start, or climb to the top of the genre. If it wasn’t for “Crossover” Glen Campbell, some of your favorite country legends may have never hit it as big as they did.

Glen Campbell started his professional career as a songwriter, writing for the American Music publishing house in Los Angeles. But one of his most lasting contributions to country was unearthing some of the greatest songwriting talent of the genre, and placing it in the national spotlight. John Hartford’s “Gentle On My Mind”—which went on to become one of Glen Campbell’s signature songs—won two Grammy Awards in 1967 via Campbell’s rendition, foisting Hartford as a virtually unknown songwriter and bluegrass musician in front of a much bigger audience. Similar stories can be told by numerous songwriters who contributed to the Glen Campbell discography, including Jimmy Webb.

Glen Campbell’s ambassadorship for good country music wasn’t just confined to the audio format. The Glen Campbell Goodtime Hour television show, which ran for 2 1/2 years between 1969 and 1972—right in the heart of the counterculture revolution—saw regular appearances by Willie Nelson, Waylon Jennings, Roger Miller, Mel Tillis, Jerry Reed, and many more early in their careers, helping to turn them into national stars. Campbell also hosted more established legends on the show like Johnny Cash, Merle Haggard, and others. Similar to what Johnny Cash’s television show did for bridging the cultural divide on the small screen by inviting rock and folk acts to appear on a country program, the Glen Campbell Goodtime Hour helped spread the love for true country to an audience who otherwise may not be exposed to the virtues of the genre, or some of its best talent.

Some country music purists may be shocked to learn that it was Glen Campbell that gave Alan Jackson his first big break. Alan Jackson’s wife Denise met Glen Campbell in an airport in 1985 while she was working as a flight attendant, and passed Campbell a demo tape of Alan Jackson singing. It was through the chance encounter that Jackson ended up moving to Nashville, and getting signed as a staff songwriter for Glen’s publishing company, Glen Campbell Music. From there he would eventually be signed to Arista Nashville, and the rest is history.

Yes, the Glen Campbell legacy could be regarded as somewhat checkered, whether it’s from his pop contributions to country, or his drug addiction and run-in with the law for drunk driving. But country music—including music of the Outlaw era and modern traditionalism era regarded so highly by purists in the genre—would not be the same if it weren’t for Glen Campbell.

And none of this mentions the contributions by Glen as a session musician as part of the world-class studio outfit known as the Wrecking Crew, which brought an element of true musician cred to Campbell’s entire career, and incredible respect from his peers, including from many of the country music Outlaws that would rise in the wake of Campbell’s peak popularity. Glen Campbell was far beyond just a pretty face, or even a pretty voice. He was a musician first.

Perhaps someday it will fair to analyze how Glen Campbell’s music helped lead to the ails of country music today through his more pop-oriented style of country, but probably not in the shadow of his passing. Glen Campbell did not discriminate against artists due to the arbitrary level of their country-ness when deciding whose songs to cut, who to invite on his television show, or whose career to get behind. So it doesn’t seem quite fair to do the same to Glen.

Glen Campbell did the best he could at being himself, and that is all you can ask from anyone, and what is truly at the heart of being “country.”