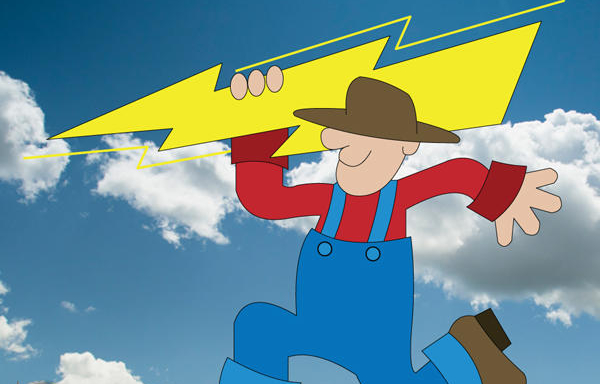 I don’t listen to mainstream corporate country radio, or live in Connecticut, so my connection to the Electric Barnyard morning show on iHeartMedia’s Country 92.5 WWYZ in Waterbury/Hartford was limited to internet interaction, and specifically with the show’s primary host, Broadway. I can’t speak for the music featured, or what type of shenanigans they pulled over the years that may have endeared them to the local listeners or annoyed others.

But for years, Broadway was one of the very few personalities in mainstream country radio willing to ask tough questions of artists, willing to broach subjects otherwise thought of as taboo in the mainstream, and overall just show guts and independent thinking in an otherwise stuffy, closed-off world. And he did it all with class and respect, not in any way undercutting the format, but adding a needed voice and perspective that saw the broader picture.

For example, in 2014 when Brian Kelley of Florida Georgia Line was dismissive of Maddie & Tae’s “Girl in a Country Song,” Broadway had the guts to ask the duo about it point blank. He asked Garth Brooks about the feud between Waylon Jennings. He asked Loretta Lynn if she believed David Allan Coe should be in the Hall of Fame. I mean, who asks this stuff in mainstream country music radio, let alone interviews people like Loretta Lynn? Broadway did.

Broadway also broke news, like the time he unearthed that Merle Haggard had some 300 to 400 songs archived at the time of his death. And as you can see from all the links, this information directly resulted in many stories here on Saving Country Music, since much of what Broadway did on his local radio show had national importance.

Unfortunately, iHeartMedia recently let Broadway go. On July 5th, the Electric Barnyard show and Broadway were officially replaced by Damon Scott, who is another local DJ personality that moved from the CBS Radio Hot AC station 96.5 WTIC-FM. Co-host Cory Myers also stays on board for the new show.

No offense to Damon Scott, because I don’t know him or his show. But what I can say is that from a national perspective, Broadway was the type of outside-the-box DJ that country music needs more of to dig out of the morass of consolidation and nationalized programming that has instituted syndicated voices across the country instead of the unique perspective of local hosts. Local voices with national impact is how artists get discovered, news breaks, and the pot gets churned with fresh ideas and perspectives as opposed to becoming stale from the sameness that plagues the country radio format.

Anyway, it’s a shame to see Broadway go. Meanwhile he’s been posting podcasts occasionally for folks to check out. Hopefully he lands on his feet somewhere.