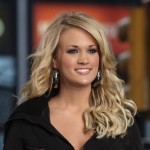 Is there any way I can unsubscribe from American politics? Is that possible? Can someone please tell Mr. Scotty to beam my ass to November 7th so I can just be done with it all? Why must every single element of American culture be permeated by political polarization and rancor?

Once again country music finds itself on the brink of blackballing one of its artists because of some tepid political assertion squeezed out of them over in the UK. It all began when a Carrie Underwood statement was taken out of context and sensationalized by the left-leaning rag The Independent.

“As a married person myself, I don’t know what it’s like to be told I can’t marry somebody I love, and want to marry,” is how Carrie Underwood handled the inappropriate question of how she felt about gay marriage. “I can’t imagine how that must feel. I definitely think we should all have the right to love, and love publicly, the people that we want to love.”

As Carrie Underwood explained later in an interview with the UK Associated Press, “I was asked a difficult question in the last five minutes of an interview and I answered it the best way I knew how, and after that I do what I do and I love making music…”

But of course, this is not how The Independent characterized it saying:

In a development that will doubtless outrage her many fans on the religious right, the nation’s most popular country singer, Carrie Underwood, has come out vehemently in favour of gay marriage.

Vehemently in favour? (and with a ‘u’ in favour nonetheless?!?!) Please, this is a gross mischaracterization of an off-topic and inappropriate question that acted like a speed trap to bait Carrie and help sell subscriptions. And Carrie Underwood is not “the nation’s most popular country singer” by anyone’s measure.

Congratulations Carrie Underwood fans, haters, apologists, and detractors who’ve been swept up by this story, you’ve just been played by a sensationalizing British tabloid with an overt political agenda trying to sell Rolex watches, Land Rovers, and bland food. (see, we can be stereotypical too!)

And for all the Christian fans who are now bad mouthing Carrie because of how bad her family values are, where were you when the 2012 ACM Awards invited us all into Carrie Underwood’s vagina? Watch the introduction below. Noticed how the camera is centered right on Carrie’s privates as it zooms in, with lights blanking out her face in a “V” formation telling America, “Yes, country isn’t country folks! Join us and our hip party, where we hang out in Carrie Underwood’s vagina for three hours and hand out awards! And then wait for it….wait…ah yes, the silhouettes of naked women gyrating in the background. Now what could be more appropriate prime time family viewing?

And why doesn’t Carrie Underwood get mad at the Christian fans backstabbing her now who eat shellfish? I mean, that’s iterated in the Bible as a sin right down the street from the “don’t be gay” stuff. You know why Carrie doesn’t do that? BECAUSE IT’S STUPID AND NOBODY CARES. I can’t blame anyone for disagreeing with Carrie Underwood’s political beliefs if they differ from theirs, but the real person they should be blaming is The Independent for characterizing Carrie as some pro gay activist when really she’s just kind of “meh” on the subject and was trying to be polite. Huh, I wonder how they would have characterized her if she said she was against gay marriage?

Life is too short and music is too much of a beautiful thing to let someone’s political beliefs get in your way of enjoying it. If you enjoy Carrie Underwood’s music, then enjoy it. And if you don’t, then don’t. And leave all the political bullshit for when you step into that little photo booth-looking thing and draw the blue curtain. Why do we draw a curtain when we vote? Because your personal political beliefs are nobody’s business unless you want them to be, and because people should not have to fear retribution for whatever those beliefs are.