2012 will go down as the year that the roots music revolution went transcontinental, as the Muddy Roots Festival heads over to the Old World to storm the beaches of Europe with a ridiculous lineup of talent. Though the festival is happening in Europe, it will mostly feature American acts, similar to the lineup of the original American Muddy Roots Festival going down in Cookeville, TN August 31st-September 2nd, but a few European acts will be featured as well.

“The inspiration for doing a festival over there came from the fans,” according to Muddy Roots promoter Jason Galaz. “We had just as many people come to Muddy Roots from other countries as from Nashville. Seems like they deserve a party in their own back yard. You could say I got a “calling” from the Good Lord to spread the Muddy Roots Gospel to every living creature.”

The invasion will go down June 9th and 10th, at the Cowboy Up Steakhouse Saloon in Waardamme, Belgium. Please note this is the initial lineup. More bands will likely be added later, and other bands currently on the list could change. 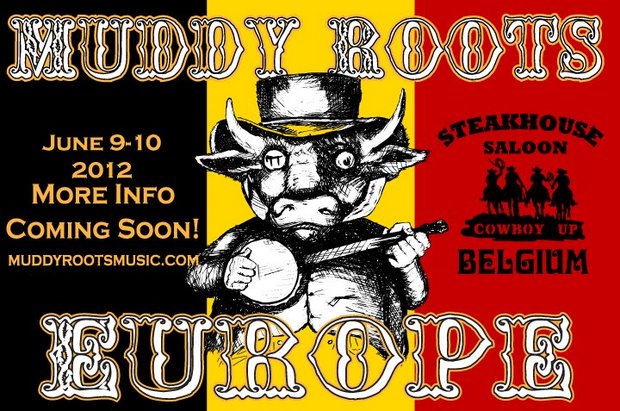