Is Taylor Swift an Effective Gateway Drug for Country? 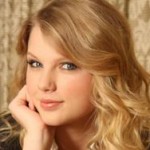 Last week it was revealed that in the June issue of the upcoming W Magaine, Miranda Lambert lets loose one mother of a backhanded compliment toward Taylor Swift, saying:

Taylor Swift is a pop singer. But she really helped country music. When she hit, I was thinking, Thank God Taylor’s out there to show people we’re not cheesy. Some people still think that country music is twangy and cheesy, and they pigeonhole us. But I thought if they’re looking for Taylor’s videos or songs, they might see or hear other people they like. If her fans are watching for her, they might like me too.

There’s really many things to unravel from this Miranda statement, including that she calls out Taylor for not being country, but then praises her for showing people country is not “twangy.” Isn’t the presence of twang what makes country country? And the lack of it is what makes country pop? Isn’t Miranda herself offered up many times as an example of country twang? It hearkens back to statements Jason Aldean made before the ACM Awards, about how he didn’t want people thinking country was hayseeds sitting on hay bales.

But more important is this question of how effective Taylor Swift is as a country music apostle, going out there in the world, turning crossover fans into country converts with her music. This certainly must be one of the theories behind the move announced today by the Country Music Hall of Fame to open a “Taylor Swift Speak Now: Treasures of the World Tour” exhibit on June 6th, running through November. Taylor just made a massive $4 million donation to the Hall of Fame for a children’s education center. The two couldn’t be related, could they?

But the Hall of Fame has already had a small Swift display up for a while, across from some of the biggest memorabilia the Hall boasts at the west end of the top floor. The idea is to engage the kiddos with someone they can relate to, and then maybe, just maybe, they may give some attention to all this old people, backwoods hillbilly stuff.

Is this theory effective? I don’t know. And the question embodies the underlying dichotomy of Taylor Swift. In one respect, she’s the country music savior we’ve all been waiting for. She writes her own songs, plays her own music, produces her own albums, respects herself, is a positive role model, and gives back to the community. As a product, she’s brought tremendous revenue to a struggling industry and genre.  Bless her heart, she has inspired millions. And as pop, her music holds tremendous levity. But the problem still remains: Taylor Swift is not country.

Do we really think legions of her fans are going to gateway from her music to Waylon Jennings, or even Alan Jackson, or even Justin Townes Earle? And for as many people she may convert to the pop version of country, may she scare just as many away from the traditional side? What are the ratios here? For all the good she may do enticing young fans to the genre, is she chasing away the older ones?

I don’t have any answers here. Taylor could be doing tremendous amounts of good, or she could be doing irreplaceable damage to country. Or her toll could be a complete wash. I think Taylor Swift has done tremendous good for society, culture, and music in general. But I think it’s important for all of us to question the effectiveness of Taylor Swift as a country music gateway drug, and what the lingering, long-term side effects of that drug could be.