It Happened in Houston: How The City Is Becoming the Stolen Music Gear Capital of the World 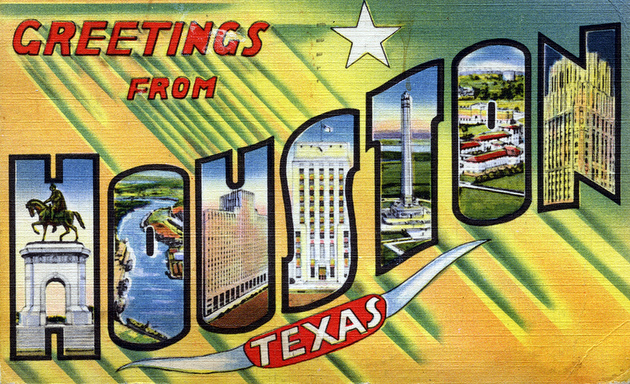 It was a Thursday night around midnight, and a 17-year-old fiddle phenom named Ruby Jane pulled up to a gated condominium complex in Houston where she was planning to stay the night after playing a gig at Dosey Doe just north of the city. Ruby’s mom JoBelle got out of the car and was trying to figure out how to enter the gate code to the complex when a man with a gun approached the vehicle.

Pointing the gun at both Ruby Jane and JoBelle, the man ordered the two out of the vehicle, and made them give up their purses, cell phones, and everything else they had on their person before fleeing in their 2004 Chevy Trail Blazer filled with all of Ruby Jane’s musical equipment, their luggage, and bags full of Christmas presents the two had just purchased for friends and family. The two women were left on the side of the road in the middle of the night with nothing, no way to call for help, and not even their ID’s. “I thought they were going to take Ruby,” Jobelle said at the time.

They had to walk to the nearest open restaurant to call police.

Ruby Jane’s 12-string acoustic guitar was found shortly after the incident near a dumpster at a pawn shop in Southeast Houston. Then two years later in January of 2013, Ruby Jane’s priceless custom-made fiddle was recovered after someone attempted to sell it on Craigslist. The artist community in Ruby Jane’s hometown of Austin rallied to support the young musician and help replace all of the stolen gear, but the harrowing incident still haunts her today.

On Sunday (1-24), the Tennessee-based roots band The Black Lillies were in Houston to play an in-store session at the Cactus Music record store, and the same Dosey Doe music venue just north of town that Ruby Jane had played in 2011. While staying at the Quality Inn near the Bush Intercontinental Airport on Vantage Parkway East, their 2011 Ford E-350 van and 2016 gray Larkspur trailer full of musical gear, touring equipment, personal items and merchandise, were stolen. The band estimates that the van and trailer are worth about $30,000, and with all the gear and merchandise, including two 1952 Gibson J 45 guitars, the total loss could near $70,000.

The eight members of the band had all turned in at around 11 p.m. with hopes of hitting the road the next day at 6 the next morning. Video surveillance shows the van and trailer being taken at roughly 2:30 in the morning. Both the van and trailer had Tennessee license plates. To see more information, pictures and serial numbers of the stolen gear, you can check the band’s Facebook page. A rally.org page has also been set up for the band.

The Black Lillies incident is just one of numerous recent thefts from touring artists traveling through the Houston area to the point where the stories are fitting into a much wider pattern, and giving the city the dubious distinction of becoming the most dangerous city in the United States to play music.

Along with the frequency of incidents involving bands being burglarized, it’s been the brazenness of the thieves, and the high-profile nature of the incidents that has put Houston in people’s crosshairs for not being hospitable to touring musicians.

On May 16th of 2015, Texas country artist Zane Williams had his van and trailer stolen in the northwest part of town. Zane and his band were on their way to Galveston when they stopped to eat dinner. When they exited the restaurant, they found the van and trailer missing, but unlike the other incidents, Zane had installed a GPS tracking device in his trailer and was able to follow the assailants on his phone. About an hour later, police were able to recover the stolen van and trailer, though it was missing a 100-year-old fiddle. Two individuals were arrested.

Zane made light of the situation by writing a song about it:

Zane chose to use humor (and song) to help deal with the experience, and he isn’t the only one. The frequency of Houston gear snatchings had become so commonplace, the country website Country California posted a satirical news article written by Trailer of Farce The Music about a band that had recently gigged through Houston and miraculously had not had their gear stolen.

It’s not just country and roots musicians who are falling victim to thefts. Electronic musician Jason Chung, who tours internationally and records under the name Nosaj Thing, had his van broken into after having played Fitzgerald’s in Houston in April of 2015. Chung and his group had stopped at the House of Pies restaurant to eat when the van was burglarized. Thieves made away with all of the musical equipment he needed to put on shows.

And it’s not just touring musicians who have trouble with stolen equipment. In 2013, April Brem Patrick of the Houston Press gave an account of numerous local musicians who’ve had gear stolen over the years, many of which never recovered valued and expensive instruments.

Houston is not the only Texas city who has seen a rash of thefts either. Austin has also seen numerous high-profile band thefts involving vans and trailers recently. And Mike and the Moonpies in 2014, and Jason Isbell in 2011 had their vans and trailers stolen in Dallas.

In nearly all the incidents in Houston and beyond, fans of the artists rally to support the band and help them to get back on their feet. But the experience can leave a band weary and paranoid, and certain instruments and gear carry such a history and sentimental value, they can never be properly replaced.