Trigger Down with Pop Country 106 Comments 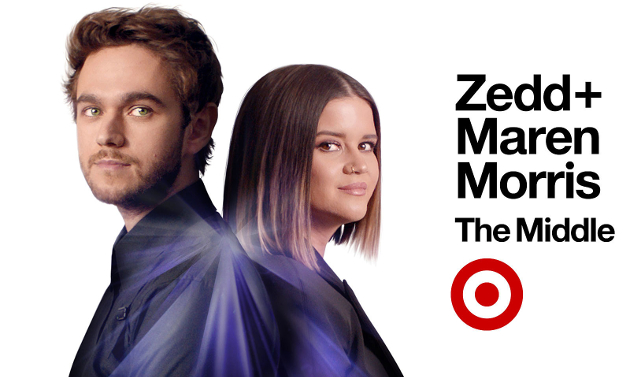 I don’t even know where to start here. I’m not even able to envelop my head around what exactly is going on enough to even compose a proper rant, even if a proper rant would be appropriate for this “song” in this context, which I’m not sure if it is or not, because I’m not really even sure what the hell this is.

Just a couple of weeks removed from the mild Maren Morris song “I Could Use a Love Song” going #1 on country radio for the sole purpose of the country radio industry being able to declare the female issue forever resolved (the consumption numbers were pretty lackluster, and the song dropped like an anchor the week after), Maren Morris now springs the most ridiculous collaboration on us called “The Middle” with some EDM producer named “Zedd,” along a duo named “Grey.”

The song is complete trash of course, with paint-by-the-numbers lyrics, absolutely no acumen evidenced in the composition aside from the elementary ability to compose a catchy chorus on a MIDI controller, and don’t even broach the subject of if anything here resembles “country,” even though that’s not really the purpose. The voice of Maren Morris is so computerized, what’s the point of her even participating in this? Just compose a vocal track from a series of 1’s and 0’s and save an actual singer their dignity.

But the best (or worst) part is this entire thing—in the immortal words of Ralphie from A Christmas Story—is nothing more than “a crummy commercial.” I mean, it’s a song too, and specifically a radio single being pushed to pop markets at the moment. But the underlying impetus for the entire song is to be a 3 minute, 10 second commercial for the retailer Target. The song and video played during one of the commercial breaks of the 2018 Grammy Awards, and is being called the “soundtrack for Target’s spring style marketing campaign” according to press release.

So there’s selling out, and then there’s placing your songs in commercials and jingle writing, and then there’s this … whatever you want to call it, which is a demonstrative blurring of the lines between art and commerce until there’s absolutely no distinction except for the virtual eradication of the credibility of the individuals participating.

What the hell is going on in country music in 2018? I know this is supposed to be a pop song and not country, but is there even any question this will eventually make it to the country format? We have a pop star in Bebe Rehxa absolutely dominating the Billboard Country Songs chart and slowly overtaking radio, Zac Brown and his specifically-defined pop side project Sir Rosevelt releasing a single to country radio, Taylor Swift starting off the year trying her hand at country radio again with “New Year’s Day,” other pop and country star collaborations are all over the place to the point where even Chris Stapleton has gotten in on the action with a mediocre Justin Timberlake offering, and it’s getting hard to see up from down. It’s like a shock and awe onslaught of pop on the country format that is happening with such ferocity, we can’t even catch our breath enough to figure out where we are, or how we got here.

Has Music Row just completely given up all pretenses of distinguishing itself from pop anymore? Is it that they know that radio’s life expectancy is now being numbered in months instead of years, and are pivoting wherever they can to save themselves? It’s not even February yet, and in 2018, we’ve instituted about a decade’s worth of erosion into the legacy of what country music is supposed to be compared to previous eras.

And let me say something else about Maren Morris. She thinks she’s all that. And she ain’t all that. At all. And you can apply that to mean whatever you wish. Maren Morris conducts herself like she is an absolute superstar and hot shit. And she’s not. I’m sorry. There’s no humility, or even dignity. This is supposed to be one of the young woman leaders in country music helping to reshape the paradigm in the format for females, and who is willing to speak her mind in a traditionally stuffy format. But she couldn’t have burned through whatever street cred she accrued from her decent “My Church” debut any faster than she has. At least try to establish yourself a little bit more in country before you pivot to pop. Now country feels like a stepping stone for Morris, though rest assured, she’ll be expecting the genre’s support when she releases a new record, even if just like “The Middle,” her music has nothing sonically akin to country whatsoever.

Maren Morris collaborating with a pop producer on a pop song is certainly not the first, and most definitely won’t be the last time a country star lays down this move. But so early in her career, and as an artist that is supposed to be one of critical acclaim, it feels like Maren Morris has just flushed her integrity. “The Middle” is a perfect title for this song, because it’s simply a sugary ode for extremely passive pop fans defining the safe middle of society who will feed off it for three minutes before completely forgetting about it.

It used to mean something to be a country artist. Performers used to be proud to be defined by country’s borders. Now all we hear about is how restricted and stifled new artists feel in country music. Well then why did they get involved with the genre in the first place? Why do they complain about the expectations of the genre, but have no issue benefiting from its institutions like radio and awards shows? And when country performers of yore did collaborate with artists of other genres, it was meaningful and special because the songs were important, and the results inspirational.