Jana Kramer’s “Said No One Ever” Couldn’t Be Worse 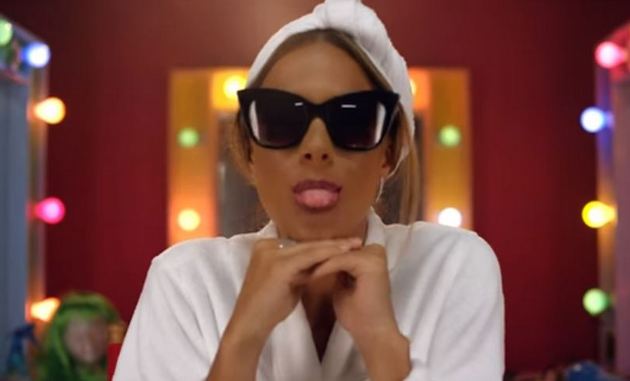 What kind of fresh hell in a chemical tan has been dragged onto country music’s front stoop and left like the carcass of a disease-ridden rodent murdered in a noxious sewer by a mangy alley cat to fester of some Godforsaken stench that’s so diabolical you’d rather asphyxiate to death than take one more sweet breath on this mortal coil??

Right as we were beginning to graduate to lukewarm on Jana Kramer after she released the semi-decent “I Got The Boy” and it shot up the charts despite her being female and the song actually having something to say, now she’s got to haul off and release this monstrosity in bobby socks. The 31-year-old songstress might as well have sold out the Bridgestone Arena in downtown Nashville, promoted the show of a lifetime, sold scalped tickets on the secondary market for three figures, and when everyone showed up, wheeled a dumpster full of soiled baby diapers to center stage, lit it on fire, and then announced over the public address system that we could all go fuck ourselves.

There’s pop, and then there’s taking one end of a piece of bubble gum and holding it betwixt your upper and lower bridge while you twirl the other end around your finger and daydream about unicorns and princess weddings. That’s about what you get with “Said No One Ever.” 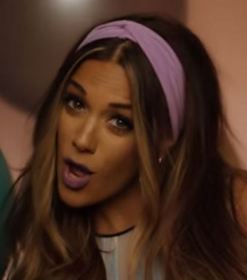 Now look, I know we’re all supposed to be adults here and just focus on the music, but the tone of Jana Kramer’s skin in the official video for “Said No One Ever” is so ragingly altered by synthetic substances in a dark direction, Jana would be putting her life at risk and probably get shouted down as a presumed illegal immigrant or radical jihadist if she had the audacity to show up to a Trump rally. I’d vote for Donald if he’d pledge to build a wall so big, so thick, and so tall and long that you could guarantee it would be impenetrable to this song for the length of eternity. “Said No One Ever” should be roughed up at a border checkpoint by overreaching jack booted Federal thugs with no comprehension of habeas corpus or due process, and unceremoniously deported in an inhospitably hot and wretched bus back to its native origins of Satan’s commode to never be allowed to return to the stars and stripes ever again so help us God.

It must be embarrassing for Jana and Old Dominion that they released basically the same damn song with with the same flimsy premise at the same freaking time. Yes, there’s actually two of these assholic offerings vying for people’s attention. It’s sort of like when the bimbo and the prude on the 90’s drama Beverley Hills 90210 both showed wearing the same stupid prom dress. The alpha and omega of “Said No One Ever” boils down to listing off crap people don’t like, and then saying in a squeaky, adolescent voice, “said no one ever”—not too far removed from exactly how Old Dominion’s equally-shitastic “Said Nobody” works.

By the end of “Said No One Ever,” Jana Kramer repeats the title phrase so many times and with such machine gun rapidity, you’ll become a staunch outspoken proponent of self-mutilation, or vote and actively stump for your least favorite candidate from the opposite party for President just to shut it up. Hopefully cooler heads can prevail, and the entirety of Western Civilization can come together, put political differences aside, and roundly renounce “Said No One Ever” as a legitimate or viable form of human entertainment.

Yeah, didn’t particularly care for this one.