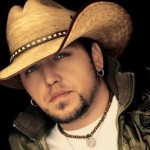 The parade of new lows coming from Music Row in Nashville just keeps coming folks. The pre-Holiday period of 2010 might go down as the worst ever. The latest low blow comes from Jason Aldean, whose single off his album released today called My Kind of Party is a straight up rap song.

I’ve had a working theory for a while that as the music industry consolidates, popular music is heading toward two “super-genres:” hip-hop and country. And isn’t it interesting that those two art forms are divided straight down the middle by race and geography. Of course something doesn’t actually have to be country for you to call it that. It can be rock or pop, or apparently, rap. Really country is nothing more than a term for music made by white people, while hip-hop is music made by black people. Sure, there are a few exceptions, Darius Rucker and Eminem for examper, but this is like saying “Hey, I have a black friend.”

But before my two super-genre theory has even had time to codify, music has devolved even further to make it irrelevant. It goes to reason, if you have has-been pop and rock stars “going country” to salvage their careers, while country stars play rock and pop and rap to salvage their own, why not just bridge everything into one big ass “mono-genre?” Hell, what makes us different stands in the way of mass appeal marketing schemes. Wouldn’t it be much more cost effective if all music sounded the same, so we wouldn’t have to cater ad campaigns to different demographics?

The offending song from Jason Aldean is called “Dirt Road Anthem,” and let me tell you folks, I’d rather listen to the sounds of my own prison raping than this monstrosity. Nobody is a better poster boy for why we should keep our kids away from country rap than the horrific Colt Ford, whose album Chicken & Biscuits is great background music for when frat boys are vomit into the floorboards of their Mitsubishi Eclipses. It was my plan to offer ol’ Colt up as evidence to my little “mono-genre” theory. Then I found out Aldean’s “Dirt Road Anthem” is actually a Colt Ford cover! Classy.

Colt has drawn the ire of critics across the board, and the idea that someone would actually cover this garbage is top tier evidence that the music Apocalypse is upon us. Colt, whose admitted he’s so bad that he has to rap because he can’t sing, has made a good living off of charming the slow-minded with his low-rent rapping, and apparently Aldean is admittedly one of the duped:

He also admits his new album is monotonous, and says this song is the cure:

‘It breaks up the monotony of the record, and just when people think they know exactly what they’re gettin’, you throw something different at them.’

The problem is when the thing that is ‘different’ is exactly the same as 50% of everything in popular music, there really is no difference at all.

Nothing is groundbreaking with either this Jason Aldean single or Colt Ford, or the new Sugarland album for that matter. These acts want to use their wildly transparent reaches into the pop market as shields by calling them  “innovative” or “fresh approaches” to country. Colt and Aldean are not the firsts to bridge country and hip-hop, and certainly they won’t be the last. I am not a rap fan, but I am sure that if you dug deep into that genre, you would find the same disgruntled sentiment that exists in country, with true core fans of hop-hop wondering what is happening to the music they love. As offended as I am by Colt Ford and this Jason Aldean song, I would be even more offended if I was a rapper or a rap/hip-hop fan.

There are some artists doing interesting stuff meshing dance/techno/hip-hop beats with traditional roots music, but Jason Aldean is not one of them. He is not melding two art forms in the name of innovation, he is taking the worst of both worlds to try to create mass appeal. “Dirt Road Anthem” is an anthem for the death of contrast.