11-16-2011 – According to Jason Isbell’s manager Traci Thomas, the stolen van and trailer were found “not far from where the van was stolen from”. The trailer with all the music gear is still locked, but they will not know if the gear is still in there until someone arrives there tomorrow (Thursday 11-17) with a key. (Thanks to ninebullets.net for the info)

11-17-2011 – Unfortunately when the opened the trailer, all the gear was gone.  Jason Isbell on Twitter: “In a nasty new twist, our trailer was empty. Gear is all gone. Please check the list and lookout. Thanks” Please check below for a complete list of gear and keep an eye out! 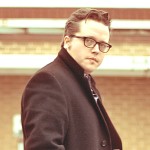 Jason Isbell, former member of The Drive By Truckers and current solo artist had his van, trailer, and all contents stolen in Dallas, TX on Saturday (11-19) afternoon. Jason and his band, The 400 Unit, were in Dallas Friday night, playing the city’s legendary Granada Theater on lower Greenville in support of his latest album Here We Rest, sharing the bill with Texas singer/songwriter James McMurtry.

The stolen van is a white 2006 Ford E350 van with Alabama license plates, with a wolf sticker on a side window. It had a Calexico air freshener, a hula girl on the dash, and “derogatory writing in the dirt on back window” according to Isbell’s Twitter feed. The trailer was a black Wells Cargo with Texas license plates, and was full of the band’s music gear. The band had to cancel a show in Orlando because of the theft. Their next show isn’t until Thanksgiving.

Unfortunately stories of specific instruments getting stolen is all-too-common, but it is very rare to hear of a band losing their vehicle and all of it’s contents. Even if insurance covers the costs, some vintage gear, and the sounds and memories they covey can never be replaced. Folks are encouraged to look at the list of stolen instruments below, and keep an eye out for them.

Jason Isbell & The 400 Unit with Amanda Shires performing “Codeine”, a Saving Country Music 2011 Song of the Year candidate, on The Late Show with David Letterman earlier this month.