John Rich: Heed Your Own Advice in “Shut Up About Politics” 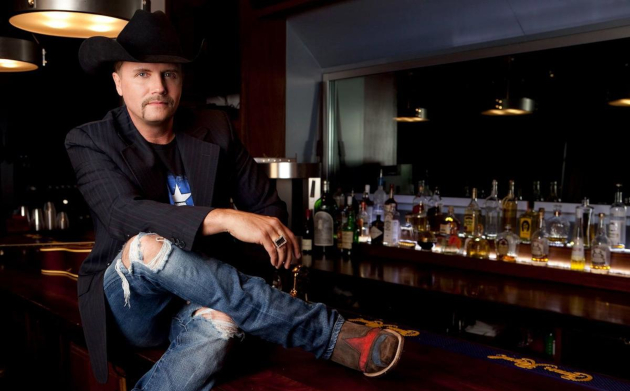 Now look, anyone who knows Saving Country Music knows that it’s the long-standing policy around here to sternly council artists to keep the most polarizing of political subjects once removed from the music space if at all possible. That is not a “shut up and sing” edict whatsoever. Artists have the right to speak up just as much as anyone, whether in their art, or in their public discourse. It’s simply a general proverb based off the fact that when most musical performers broach political subjects, especially in a direct manner, it usually does little to nothing for whatever cause they are championing—if it doesn’t result in an adverse effect—while often parsing their fan base in the process, and diminishing any influence their celebrity bully pulpit might have in raising awareness of important subjects and assuaging public opinion in the first place.

Furthermore, it’s the long-prevailing philosophy around these parts that politics in general is a scourge and a contagion on the populous of the United States and world, wasting untold time and resources through feeding the political industrial complex that benefits from polarization, infighting, and keeping people in a perpetual state of public disaffection so that time, attention, and money continue to flow into campaign coffers.

So on the surface, perhaps an appreciation could be found in the message of John Rich’s new song “Shut Up About Politics.” Hell, it may be even met with applause for an effort that is important and overdue. But yeah, not so much.

Even with how severe and widespread the hypocrisy is that permeates virtually everything involved in politics these days, the short guy from Big & Rich has somehow inexplicably figured out how to outdo virtually everyone else in the annals of political hypocritical history. There has been nobody with a bigger penchant for reactionary politics and delving into the fray of polarizing subjects for the last dozen years or so in country music than John Rich. He makes Jason Isbell and Toby Keith look like wishy washy moderates.

Of course, John Rich can do and say whatever the hell he wants. More power to him. But it’s the hypocrisy behind “Shut Up About Politics” that makes it extremely problematic to the point of almost being inadvertently hilarious if so many weren’t taking it so seriously.

In 2008, John Rich released a campaign song for John McCain called “Raisin’ McCain.” He played the closing ceremony of the Republican National Convention that same year. John Rich endorsed Conservative Party candidate Doug Hoffman in a special congressional election in New York in 2009, and Zach Wamp for Governor of Tennessee in 2010, including hosting parties at his Nashville home in support of Wamp’s campaign. He actively endorsed Rand Paul in the 2016 primary election before throwing his weight behind Donald Trump in the general election, and then played a pre-inauguration party before Trump took office.

And of course this says nothing about John Rich’s incessant broaching of politics on social media, which he’s known for just about as much as his music. Lest we forget Sock Gate just last September when Rich compelled his sound man to cut the swooshes off his Nike socks and posted them on Twitter in stern protest of the shoe company signing Colin Kaepernick as a spokesperson. Is this not the very direct and unnecessary politicization of both the football and country music space that “Shut Up About Politics” supposedly lambasts?

Again, all of this stuff is well within John Rich’s right. If he feels passionate about certain subjects and political candidates and wants to express himself, more power to him. But John Rich releasing a song demanding folks tone down the political rhetoric and keep it compartmentalized to government matters is like having Jussie Smollett give a Ted Talk on the importance of honesty.

Oh, and it gets even better. John Rich premiered the song on the Fox News program called “The Five,” which is a political roundtable show that of course regularly delves into thorny political subjects, including ones well outside of the Washington box. In fact “Shut Up About Politics” was co-written with one of the show’s hosts, Greg Gutfeld. Even if you’re a strong Fox News proponent, you must be aware that simply the name of the news outlet elicits strong politically polarizing feelings from liberals all by itself, just like CNN and MSNBC do for conservatives. Similar to some Americana artists screaming about how Trump sucks in a song, “Shut Up About Politics” is simply preaching to a choir, and so loaded with political dog whistles, it’s effort towards ratcheting down polarization has the exact opposite effect.

You want a political song with resonance and heart? Check out John Rich’s “Shuttin’ Detroit Down.” There’s a song that takes aim at an important subject and creates consensus around its message. The video even featured the well-known outspoken left-leaning Kris Kristofferson. That’s how to do a political song right. Many love to say that country music has always been political, and point to Johnny Cash and others as evidence. But Johnny Cash wasn’t political, he was universal, championing important causes like prison reform and Native American rights in a manner the helped breed ubiquitous concern as opposed to compelling listeners to retreat to separate corners.

“Shut Up About Politics” would perhaps be a welcome message coming from someone else, or if the songs wasn’t anything more than a generic, washed-out publicity stunt to promote a TV news show. On the surface, the song is right. Politics has become too divisive, and has spilled into culture in devastating ways, and it’s important to try and keep music and other cultural institutions free of the political vitriol roiling so much of society to present a space where people can come together beyond their political differences. It just happens to be that John Rich is one of the biggest perpetrators of this negative trend, and a horrible spokesperson for this cause. What is he doing on a political show in the first place? John Rich either needs to start practicing what he preaches, or find a more subtle way to get his point across than telling people to “shut up.” Because just like everything in politics, it’s only going to make the voices opposed to you want to speak louder.