Johnny Cash Reveals “Out Among The Stars” for 82nd Birthday

Today would have been Johnny Cash’s 82nd birthday, but apropos to his nature, he’s the one giving the gifts.

Ahead of the release of Johnny Cash’s lost album Out Among The Stars due on March 25th, the Johnny Cash Official website has made available the opportunity for you to listen to the title track of the album by signing in either through Facebook or email. And then if you wish, you can make a birthday wish to Johnny Cash and light up a star on the background of the website that others can then scroll over read (don’t worry, it’s easy). 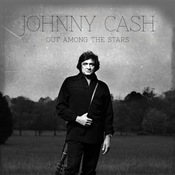 Out Among The Stars is a complete album that was recorded between 1981 and 1984 by Cash, with songs that were meant to be together, but never saw the light of day. A true “lost album” if there ever was one. It was produced by Country Music Hall of Famer Billy Sherrill who was also the president of CBS Records at the time, and the pairing was meant to create something special; something that could re-ignite Johnny Cash’s career.

Out Among The Stars features 12 tracks, including a duet with Waylon Jennings, and two duets with Cash’s wife, June Carter Cash. The recordings also feature Country Hall of Fame keys player Hargus “Pig” Robbins, and a young Marty Stuart. Legacy Recordings had Marty Stuart, Buddy Miller, and Jerry Douglas “fortify” the recordings for the release.

Fans has already been able to listen to “She Used to Love Me A Lot,” and a duet with Waylon Jennings “I’m Movin’ On” (listen below).