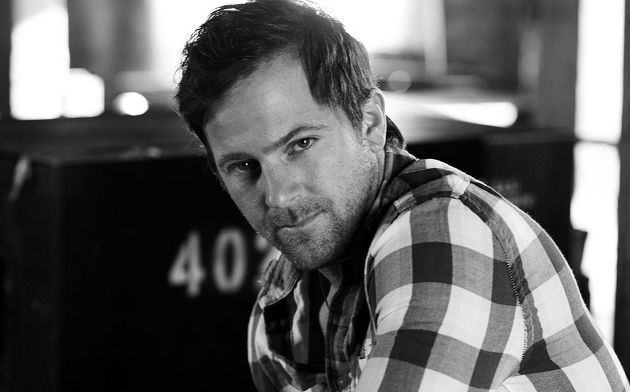 Kip Moore has never been someone you would probably characterize as a savior of country music. From starting his career off with the pretty terrible single “Somethin’ ‘Bout a Truck,” to finding a decidedly more rock sound with his recent records, he’s not on the radar of most of the shit kicking country fans out there. But he has done something pretty remarkable over the last several years as a major label artist, which is win creative control over his music, and find a pretty high level of success without having to sell out or rely on radio singles to earn his keep.

Recently Kip Moore chatted with Marty Smith on his ESPN podcast and laid out the real difference between what he does, and what many major label artists who never took the time to develop a strong grassroots following are forced to do, which is acquiesce to producers, labels, and radio trends to find attention and acceptance.

“They don’t have that control in the room, and don’t really know how to write to their audience,” Moore says about many of his fellow major label artists. “I’m not a pawn to some other writer in the room. [Country artists] are all shoved into this box, and when you do try to write something that’s crafty, and that’s too smart—I’ve been told that before of many songs—it goes over the head, and we’re told the only way to get stuff on the radio is it’s got to be kind of a little bit ‘Not think too much.’ People want to go home and turn their brains off. On their ride home from work they put on the radio and [don’t want to] have to think much. It has to cater to that. You get told those things, and it’s a lot of pressure.”

But like a lot of independent country artists or mainstream artists that don’t have to rely on radio, Kip Moore is given a lot more latitude due to the loyalty of his fan base.

“I told myself, I told my manager, I told my label years ago, I said the only way I’m going to be able to lay my head on my pillow at night is if I know I did my career following my heart. And what I mean by that is I can fail in that sense. I’ve had lots of failed singles. But at least I know I didn’t sell out, and I can live with that. There’s been a lot of songs that have been pitched to me, and they are hit records and I know it through and through. But I just can’t get up on that stage and sing that stuff. So I turn that down, which I know would be a big paycheck. I think it’s fleeting success if I did it. But if I fail that way, I can’t look at myself. And it’s paid dividends for me because we’ve developed such a tangible audience. I think that’s a key word, ‘tangible.’ There’s a big difference between hard tickets and soft tickets. And we’ve built a very tangible hard ticket base.”

Aside from his 2017 single “More Girls Like You,” Kip Moore’s most recent singles have all stalled well outside the Top 10 at country radio. But like Eric Church, Chris Stapleton, and others, radio performance doesn’t matter as much as it does for artists whose only option for personal promotion is radio. As long as fans continue to buy tickets and records are being sold, the label remains happy, and Kip can keep his career going. His fans will still be there because he’s built that trust in them, and put in that service time on the road.

“I have been super fortunate to have a label that really trusts me as a writer,” Moore says. “I produced this whole last record by myself, which is really rare for them to let you do. And I think they’ve been out on the road and seen what kind of incredible fan base we’ve got growing from the grassroots, and that helps them to trust what I’m gonna do.”

Whether you’re a mainstream or independent artist, the lesson from Kip Moore is to develop your own sound and stick to your guns, and build a grassroots fan base that will be loyal to you regardless of the whims of mainstream trends. That way even if radio abandons you, you’ll still have those hard ticket fans ready to support you on the road. Otherwise you could end up like The Band Perry, or other flash-in-the-pan performers, adrift with no compass to guide you home, and no tangible fans to fall back on.