I hate Emo’s, Hank3’s preferred venue in Austin, TX, and where the bus stopped 9/13/11 on his current tour. I hate it with a passion, and would tell you that I will never go to another show there ever again, but I fully know, if there’s a band I really want to see playing there, I will be there, standing above the trough urinal with sweat cascading down my face in the stifling stench, struggling with a nervous bladder.

The inside stage of Emo’s is not all bad. This is where Hank3 started years ago, before graduating to the much larger outside stage that is the worst of all worlds. It is not inside, so it can’t be air-conditioned. But it is not fully outside either, meaning on a hot September night in Texas, there’s no breeze, making for a nasty soup of human expulsions out of the air that you could cut with a knife. Sight lines are bad. The sound is even worse, unless you’re right in front of the stage, and if you are, you have a pole right in front of you. The stage is awkwardly set off to one corner, and way too small for most bands, including Hank3, who had to stash his drummer Shaun McWilliams behind the row of amps from lack of space. You couldn’t see him at all.

I promise, I am not a venue snob. Many times the trashier the venue, the better. But Emo’s is over the top, and when I’m reminded that it’s run by the evil empire of C3, the Texas equivalent of Live Nation, it makes by blood boil even hotter than a half-assed venue with no breeze on a stifling late-Summer night.

*****UPDATE – Just announced today, Emo’s is closing, and re-opening in a different location. That’s the reason they haven’t improved the place in years. – UPDATE*****

All of this aside, Hank3 was pro and put on a solid show. I have to admit, I did not feel the same energy we got at the one-off Revival Festival he played in Austin in late May, with Johnny Hiland’s presence in the band making that show extra special. I felt we got mid-energy just-started-a month-long-tour-and-can’t blow-it-all-tonight energy, but I can’t fault the boys for that. The new songs were solid, and my concerns for translating the new music to the live show without an accordion to give it the authentic Cajun kick were countered by fiddler Davey Mac’s prowess.

Furthermore, some of the songs that I didn’t particularly care for on Hank3’s new album Ghost to a Ghost/Guttertown, I found an affinity for in the live setting, especially the song “Guttertown”. I could easily see this song becoming a standard of the Hank3 live set for years to come. I also noticed that some of the songs from his last two albums, principally “Six Pack of Beer” and “Rebel Within”, are really catching on as crowd favorites.

Without an opening band, we got a full 1 1/2 hours of country music, with Hank3 reaching all the way back to the album Lovesick, Broke & Driftin’ with the song “One Horse Town”, sans the opening yodels. Then there was a very quick 3-song “Hellbilly” set before the stage went dark, various propaganda-style images in a loop were projected on a white sheet while Hank3 and only the drummer acted out a live version of Hank3’s new metal project Attention Deficit Domination.

That night I was dragging around a good friend of mine, an excellent photographer from Sweden named C.C Ekstrom. You can check out some of his work on the site almostoutofgas.com. He asked me what I wanted him to shoot, and I told him to shoot whatever inspired him. And what inspired him was the crowd, and the people. We all know what Hank3 looks like. So I told him to keep his crosshairs on the crowd.

Some will always question, or maybe even feel threatened by the diversity that seems to be attracted by underground country shows. I for one have always been amazed, mesmerized, proud, and humbled by that same diversity. Rednecks, punks, cowboys, hippies, bikers, straights, squares, all of them, all together, intermingling, sharing the gift of music, curious about their differences, not cautious. That diversity, in the crowds, in the music, in ourselves, is the true strength of the insurgent roots movement, it it our ace in the hole. It is the badge of our open-mindedness. And it is beautiful. 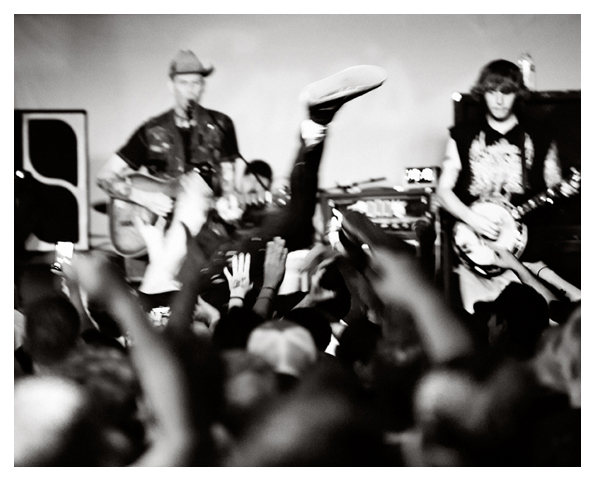 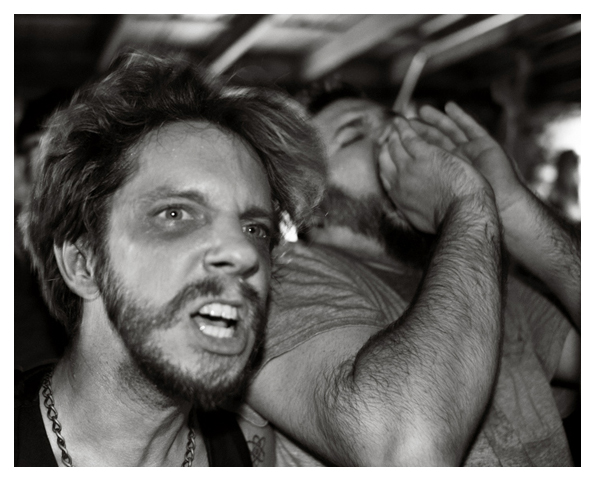 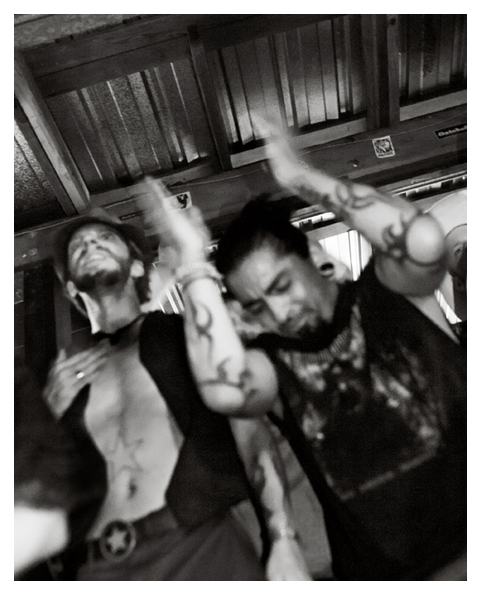 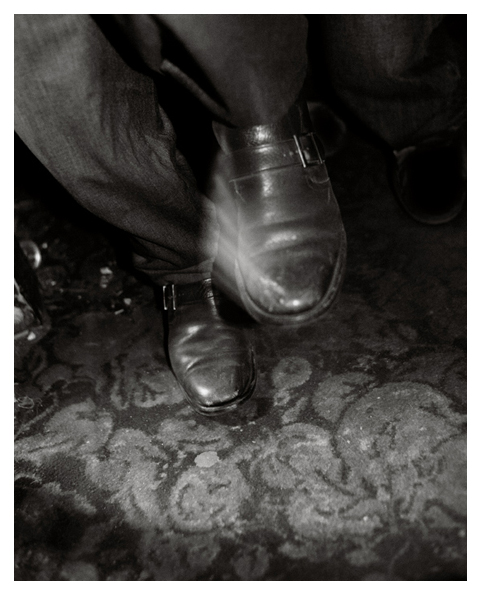 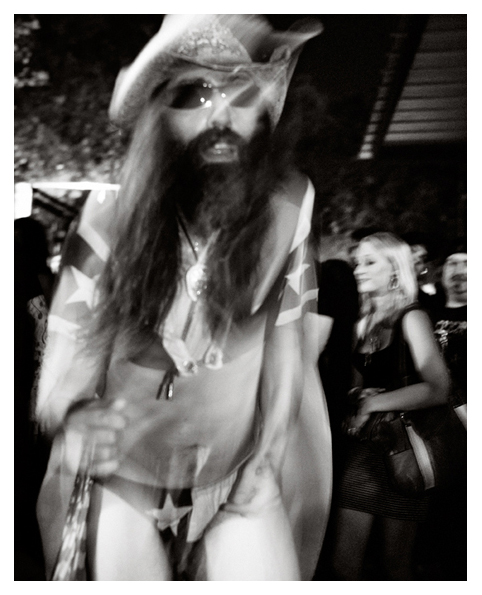 And yes, that is a man, in a Confederate Flag cape, wearing a Texas flag speedo, and nothing else.