Meghan Patrick Twists Off On Fan Who Screams “Show Me Your T*ts!” 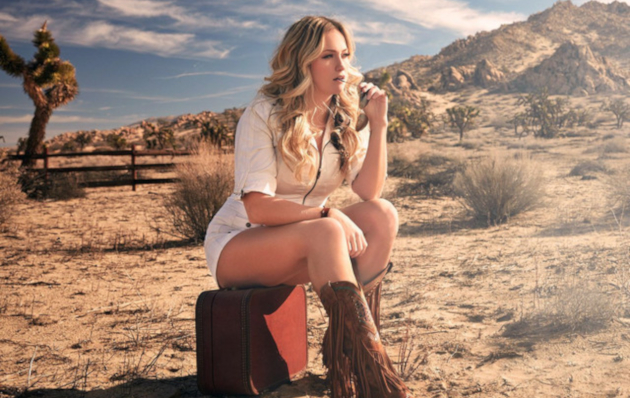 Traditionally-leaning Canadian country music artist, Warner Music Canada signee, and reigning Canadian Country Music Awards Female Artist of the Year recipient Meghan Patrick was headlining the Hagersville Rocks Music Festival Saturday night (7-27) in Ontario when some smart ass in the crowd thought it would be cute to yell, “Show me your tits” at the stage. Probably hoping to hear a few chuckles from his buddies and then guzzle some more Molson Ice, the concertgoer was instead made an example of when Meghan Patrick stopped down the show and asked for the crowd lights to come up.

“I did not fucking work my whole entire life, and be broke, and it’s sad to have some dipshit drunk in the audience tell me to show him [my] tits! This isn’t a fucking strip club, get the fuck out!” Meghan said to the heckler. Then yanking the wireless microphone off the stand and strutting across the stage, she continued, “If you’re here to see country music, and honesty, and stories, and have some beers and have a good time, you are welcome here. But that shit is not fucking welcome here, I work too damn hard motherfucker. Fuck you!”

The crowd roared in support of the singer as she called herself the “Queen of saying things I shouldn’t say” while launching into the next song. Meghan Patrick elaborated on the situation in an Instagram post the next day.

Ok, I’m about to get really real here for a second. I’m gonna use some choice words, and probably some run-on sentences because I got a whole 30 mins of sleep last night and I’m exhausted… not sorry. More days than not, I’d say I feel confident in my ability to do this for a living, and do it well. But some days, It breaks me a little. Last night I got to headline Hagersville Rocks… it’s an incredible festival run by great people, in a great town, and I’d been seriously looking forward to it. The night started out with a great interaction with a particular fan in the crowd, so I want to shout out to Ian, my drinking buddy. You were so energetic, positive, respectful, and singing every word, and it made me so happy. In fact, I saw a lot of happy, enthusiastic faces out there last night, even if it was less than I’d hoped, due to our very delayed late set.

Then, in the midst of that incredible high…I hear someone obnoxiously yelling out “show me your tits” from the crowd. I saw red. I stopped playing and asked for the lights to be put on the crowd, and demanded that whoever said it, own up to it. He was quickly pointed out to me, so I told him to get the fuck out. Despite the incredible roar of the crowds support, the situation still broke my heart a little. This is not a hobby. This is my livelihood, my heart and soul. I give everything I have into the songs I write and my performances. To have something that means so much to me be degraded to that? Fuck that. And fuck the guy who said that. I have worked my ass off for a long time to get to the point where I earned a headlining slot. I EARNED it. And I deserved a hell of a lot more respect than that. Moral of the story… be like Ian. Or I will call your pathetic ass out and send you home, because I can, and because fuck you. On a positive note: words can’t describe my appreciation for the incredible audience that did stay for the long haul and partied with me after a very long, very hot day. Thank you, You guys rock.

Meghan Patrick’s experience not only speaks to the type of offensive behavior many women performers face, but also the dedication many of them show to the genre and the music, often without receiving the amount of recognition they deserve. Meghan Patrick is one of the few who’s succeeded.

Patrick’s two albums Grace & Grit and Country Music Made Me Do It are a combination of traditional country influences with sensible country pop songs—a mixture many of America’s country radio stars could learn from. Patrick has recorded songs like “George Strait” and “A Long Way From Waylon,” and others songs that definitely show a loyalty to country music’s roots, while also finding commercial acceptance in Canada with more radio friendly material.

One side note to the story, Meghan Patrick recently moved to Nashville, and her current boyfriend is none other than the notorious pop Bro star Mitchell “Bitches” Tenpenny—nicknamed forever with the derogatory term for a female dog because of his aggressively misogynistic song “Bitches.” Perhaps Mitchell has reformed, and perhaps Meghan Patrick was the one who reformed him. But if not, there’s arguably no other mainstream country artist at the moment who needs a good talking to about how to speak about women than Mr. Tenpenny.

Meghan Patrick’s latest single “Wild As Me” has more drum machine action than is to be desired, and is looking to be her big breakout in the United States. Released in June, it is licensed for United States distribution through Music Row record label Riser House, which is the same label Mitchell Tenpenny is signed to. But regardless of what she sings, she deserves respect from all audience members. In this instance, it was Meghan Patrick who got the last word.

@MegPatrickMusic , she’s just setting the record straight. Amen! So proud of her! Had to be said. pic.twitter.com/LZYT1gAhXn