Jason James Readies Much Anticipated Album “Seems Like Tears Ago” 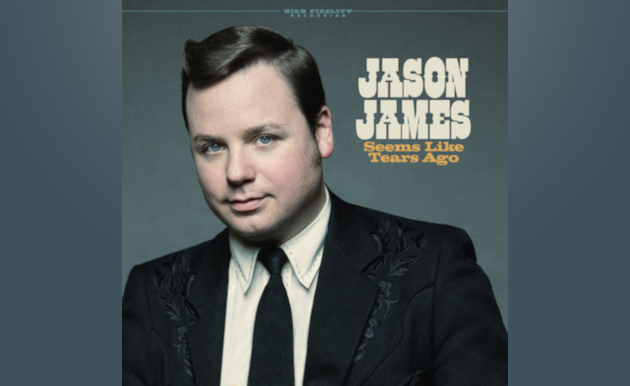 George Jones once famously asked, “Who’s Gonna Fill Their Shoes?” Jason James may have a long way to go to forge a similar legacy to the greats of the Golden Era of country music, but he doesn’t have to travel far at all to illustrate the same talent those legends did in putting sound behind the emotions of heartache and joy that the best of country music captures.

The wait for the sophomore record from Jason James hasn’t exactly been like Chinese Democracy, but it’s been painstaking for his fans nonetheless. How can you blame the bellyaching when the Texas native is able to evoke the sounds and themes of classic country in a way you just can’t hear these days unless you dust off your old vinyl records?

“I really think that what I’m doing is pretty universal and that people can recognize honesty and passion when they hear it,” he says. “It’s worth remembering that at one time, the stuff that was popular on the country chart were the guys who influenced me. So I know that it can work. I think people still hear music the same way they always have, and they’re looking for the same things in music that they’ve always looked for. They just want to hear something that’s honest and catchy, and that’s what I’m trying to do.”

He’ll be doing that once again when his next album Seems Like Tears Ago arrives on October 4th via his own label, Melodyville Records. Once inadvertently regaled in faint praise by his previous record label New West Records for writing “too much like Hank Williams Sr.” and sounding “too much like George Jones,” Jason James isn’t changing for anyone, or anything. And even if big labels or radio don’t pay attention, he’ll find a path forward, just like he did when his cover of Earnest Tubb’s “Let’s Say Goodbye, Like We Said Hello” found its way into a Shiner beer commercial during the last Super Bowl (listen below).

First rumored to be arriving in late 2018, and then February of 2019, there’s no turning back now for Seems Like Tears Ago. “I’m extremely proud of this record and I feel it’s some of my best work yet,” James says of the record in 2018. “I’ve gone through hell to get this record to the public. It’s a small price to pay though for the genre that I love more than anything.”

Seems Like Tears Ago was produced by John Evans. Expect to see a single and pre-order links for the album soon, preceding the October 4th release date.