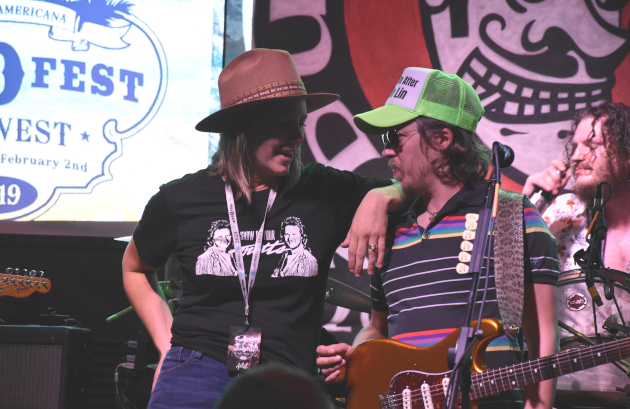 For the second year in a row, Mile 0 Fest in Key West, FL commenced Tuesday evening with a free and open-to-the-public block party on the island’s famous Duval Street, with Charley Crockett, The Steel Woods, and Shinyribs all performing this year. Then later the party condensed into a tightly packed affair at the infamous Key West venue Durty Harry’s where Jamie Lin Wilson, Mike and the Moonpies, and many guests and collaborators held court. And for the second year in a row, the pre-festival club show resulted in possibly the most memorable that will be had the entire week.

Reprising their highly-regarded tour pairing in early 2019 that saw Jamie Lin play for 45 minutes, Mike and the Moonpies play for 45 minutes, and then both take the stage to rip through classic country cover songs, the collaborations and moments were pretty incredible. Members of American Aquarium also helped comprise Jamie Lin Wilson’s band.

With all the Texas/Red Dirt talent descending on Key West this week for Mile 0 Fest, the opportunity for guest opportunities was mouth watering, and they took great advantage of it. Songwriter Courtney Patton sang harmonies with Jamie Lin Wilson during the majority of her set, and Wade Bowen (who spent a large share of the night slinging drinks behind the bar, see below) jumped on stage to reprise his duet with Jaime Lin, “Just Some Things”?

Jamie Lin Wilson barely left the stage the entire night, was a sight to behold singing harmonies with Mike and the Moonpies, and blew harmonica on multiple songs including a blistering version of Merle Haggard’s “I Think I’ll Just Sit Here and Drink.” The cover songs were less covers, and more epic country music jam sessions with the cords and lyrics as the guideposts.

Guitar pulls, songwriting swaps, and stage collaborations are one thing. But the magic that Jamie Lin Wilson with Mike and the Moonpies and friends sowed resulted in moments that will be very hard to forget, even amid many other unforgettable moments of a frenetic festival in an exotic place like Mile 0 Fest. It’s no wonder both are top talents in Texoma music.

Select photos by Patrick Tewey, who can be followed on Instagram, and Brad Coolidge of Texas Music Photographers. 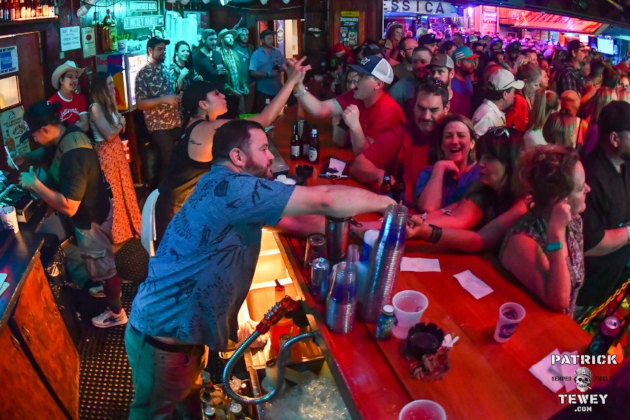