Nashville Should Be Careful of Its Mike Curb Legacy

Back in 2005 when Hank Williams III entered into a public feud with his label Curb Records and it’s owner Mike Curb, it might have been easy for many to laugh off the young tattooed musician as an ungrateful punk with no respect, and overlook the cause he was taking up. It may have been more difficult to overlook when the courts sided with Hank3 and forced Curb to release his album Straight to Hell, but the event still remained obscure aside from Hank3 fans and a few industry types.

Now with the very public brush-up between Curb and Tim McGraw, and with McGraw winning a crucial court battle, both anti-Curb sentiment, and the knowledge of Curb’s very restrictive business practices has gone mainstream. As thousands of Tim McGraw fans searched for answers to why his Emotional Traffic album was yet to be released, they learned about Hank3’s story, and the stories of LeAnn Rimes, Hank Williams Jr, Clay Walker, Jo Dee Messina, and many more artists who’ve had major problems with the Nashville-based label.

And maybe even more alarming is the fact that these public feuds between Curb and artists may just be the tip of the iceberg. Many currently-signed Curb Records artists may be afraid to speak out like Hank3 and Tim McGraw did, in fear their projects and careers could be further restricted. As part of the ruling for Hank3 to have his Straight to Hell album released, he made a concession in his contract that said he could not publicly criticize Curb Records. There may be some, or many Curb artists with similar clauses in their contracts right now, and unlike Tim McGraw, they cannot get their story out to their fans or to the public.

I don’t think it is a stretch to surmise that many, if not the majority of Curb’s artists at this point are engaged in some point of conflict with the label. After the Tim McGraw ruling, LeAnn Rimes fired off on Twitter: “Omg, I am doing the happy dance like its going out of style. Congrats Tim McGraw!!!!!!” Unlike McGraw, Hank3, and Hank Jr., LeAnn Rimes is still under the thumb of Curb, who seems very content with waiting a prohibitive 5 years between it’s artist’s album releases, to keep them on the label as long as possible.

When in Nashville this summer, I took the opportunity to walk downtown Nashville. All of it, with a map in my hand, walking around every city block, observing the buildings, the improvements, how everything was related and laid out. Then I walked down to Music Row and did the same thing. As the Holy Land of country music, every square foot of the downtown Nashville corridor could be considered as important to the country music legacy as the artists and songs themselves. 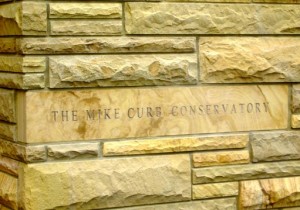 I compiled a few observances from my walk, and a few concerns. One of the concerns was how much I saw Mike Curb’s name. I saw his name more than I saw the name of Hank Williams. From his star on the Music City Walk of Fame, to the “Mike Curb Conservatory” and “Mike Curb Courtyard” that are an integral part of the front of the Country Music Hall of Fame right across the street, to his ownership of the whole block surrounding 16th Avenue and South Street on Music Row where the Curb headquarters are, the name “Mike Curb” is everywhere as the millionaire has been been unloading his war chest over the last few years to proliferate it all over the city.

And let’s not forget the “Curb Center” at Vanderbilt University, the “Mike Curb College of Entertainment and Music,” “Curb Event Center,” and “Curb Cafe” at Belmont University, the “Curb Family Music Center” at the Harpeth Hall School, or the numerous other Nashville landmarks that as a token, or a consequence for taking Mike Curb money, must embolden his name in columns and cornerstones to be seen forevermore.

Don’t get me wrong, I do not want to criticize the practice of philanthropy, or any of these specific entities that partook of Mike Curb money. My question is with the motivation, and the long-term outcome for some of these institutions. Many have opined that Mike Curb’s motivations for manipulating artists like Tim McGraw are not about money, but about power and legacy. I think it is fair to ask, where did the money come from for these building projects, from manipulative contracts and manipulating artists? From overpriced music and overbearing business practices? And in the current tax scheme, many times ultra-wealthy people are better served to donate their money as a tax write-off, which pays off in etching their legacy on landmarks, instead of simply getting a paper receipt from Uncle Sam. 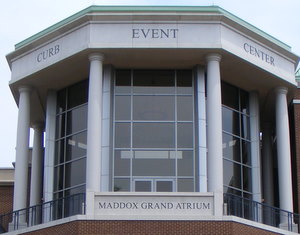 And what makes the Mike Curb story that has unfolded in the last five or six years that much more disturbing is that Mike Curb is supposed to know better. The fundamental reason country artists based on Music Row have always been dealt with differently than artists from other genres is because most Music Row labels are subsidiaries of bigger companies that have to answer to folks in New York or LA, so a restrictive environment is insisted upon to keep costs in line and a system in tact; to keep the big bosses outside of Nashville happy.

But as a Nashville-based, independent label, Curb was supposed to be the musicians savior from the traditionally-restrictive Music Row culture. As Hank3 explains, he signed with Curb Records because his manager Jack McFadden wanted to deal with someone local, instead of someone splitting time between Nashville and one of the coasts. Now Mike Curb is arguably the poster boy for the restrictive, combative, and sometimes outright illegal practices by Nashville-based music labels.

As Nashville and Nashville-based entities are erecting what will be landmarks, and looking for funding for capitol improvements, before taking money from Mike Curb, or maybe when negotiating the terms of how that money changes hands, maybe they should take to heart the headlines that have hounded the Mike Curb name over the last few years, and ask themselves if that name is a legacy their building, their institution, or the City of Nashville wants to tie their future to.