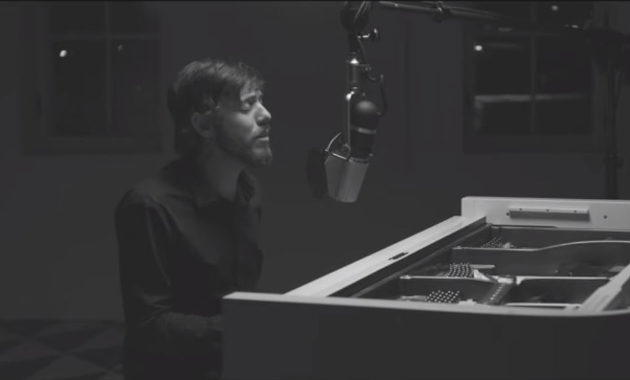 The issue with Chris Janson has never been that he can’t write a song, or even sing one. Devotees of the Grand Ole Opry know he’s one of the few mainstream up-and-comers who make it a habit to appear on the historic stage, and often to croon out a country music classic as part of his troika of songs. The problem is Chris can’t resist the temptation to write and record the trashy super hit as well, and this is what has gone on to define his career—songs like “Buy Me a Boat,” and the infuriating “Fix A Drink.”

Those paying attention to his deeper cuts know Chris is capable of so much more. A song like “Holdin’ Her” lets you know what all the hubbub is about surrounding him in songwriting circles. It was even released as a single, but of course struggled mightily in the charts compared to “Buy Me A Boat” and “Fix A Drink.” One major problem in the current streaming era is fewer and fewer people are even getting to hear those great songs from what they may otherwise consider as mediocre mainstream artists. Most probably don’t even know that Chris Janson actually released a new record this year called Everybody in September. Selling less than 12,000 copies in the last four months, even fewer folks likely made it to the album’s final track, “Drunk Girl.”

Now let’s not get ahead of ourselves in crowning the cro-magnon-looking, Bro-Country-writing Chris Janson as some champion to the plight of the female condition, or the flailing damsel in distress. It’s not your fault if you didn’t make it to the final track of his latest album or never gave it more than a sniff since just making it through the first few songs is tantamount to taking a punishment from a country music gauntlet. Sure maybe Janson’s matured since then, but go listen to his song “Where My Girls At” and tell me he’s a staunch proponent to the gentlemanly approach to life.

But give Chris Janson credit for “Drunk Girl,” and more than just the chances of a blind squirrel finding a nut, since we’ve seen his name on a number of these hidden gems now, and this is the second one where someone on his team had guts enough to release it as a single. Yes, timing is everything, and that doesn’t mean the song deserves to be docked points for being opportunistic. “Drunk Girl” was a good song before the recent rash of sexual assault and misconduct claims, and it will still be one once most of the creeps are ferreted out and the Zeitgeist moves on to some other national calamity previously ignored.

You really know what you have with one of these mainstream artists when they’re forced to strip it all back, like Janson does with “Drunk Girl.” Who even knew he could play piano, or sing with a little bit of soul? This doesn’t give Chris a reprieve for all his previous injustices towards country music. In fact if anything, “Drunk Girl” highlights that Janson’s been wasting his talents on whatever other garbage he’s responsible for, when he could have been releasing songs like this the entire time. Janson has failed to choose a lane, which is why despite some big hits, he remains on the 3rd tier of the mainstream—not successful enough to headline big venues, but not grassroots enough to build his support from the ground up. He’s been a country music mercenary, and it shows in the overall support for his music.

But “Drunk Girl” very well might be Chris Janson’s moment, and a moment for country music.

One of the discussion points commonly lost in the latest rash of sexual harassment and assault claims is how hard it is to know how to navigate the current waters as a single man with so many mixed signals out there about how to court a woman. Despite how the media and public love to paint the kind and gentle man as the ideal, we all know that in the merciless realm of the animal kingdom that is human dating, nice guys finish last. At some point if you’re ever going to get the girl, you’ve got to be bold. You’ve got to make a move. Often libations help unarm the inhibitors that keep both sides of courtship from happening, even when both sides favor it occurring completely sober.

Obviously that’s not to excuse those who take advantage of a woman when she’s less than sober or straight of mind, or the predatory behavior of men in power who exploit those positions to prey upon others. The reason so many powerful men in sports, entertainment, business, and politics are being called out for inappropriate behavior is because these are the alpha males of society who have risen in their respective professions by being aggressive, and often that aggressiveness has not just been rewarded in their career, but in their sex lives. You sit back and wait for the woman to make the move, you’re going to be relegated to your mom’s basement for eternity. At some point, you must lean in. And whether that move is taken as sweet, passionate, romantic—or creepy, inappropriate, or illegal—often tends on the reception of the target, which can be tough to read sometimes. Of course married bosses making moves on interns 25 years their junior shouldn’t be permitted. But the reason this behavior persists is because sometimes those moves are successful, and to the aggressor, the reward outweighs the risk.

Lindsey Ell has a song out there right now called “Always Kiss The Girl.” Recent headlines would suggest why this is not really sage advice, but it illustrates the mixed messages men receive from women, and society.

Men are predisposed through the inalienable design of evolution to stare at women’s breasts, to philander, to want to find a mating partner much younger than them, and to spread their seed far and wide. It’s only through the act of civilizing and education that these carnal instincts can be tamed. But they remain there, in every man. And being angered at this is similar to raging at the sun for setting. It’s not the existence of these behaviors that measures the man, it’s his ability to tame them.

Chris Janson’s “Drunk Girl” illustrates the ideal, for both sides. The girl isn’t taken advantage of, and the guy still gets the girl because of the chivalry he displays. But we all know that sometimes, if not often, this is not the case. Women like sex too, and sometimes get drunk and invite a meaningless fling and get frustrated if it doesn’t happen, just as sometimes guys feel shameful for getting drunk and going home with some stranger. Having sex with another human is one of the easiest things a person can do. You don’t even need to like or know the person for it to be consensual. You don’t even need corresponding sex parts. It’s in the carnal nature of both sexes to give into their instinctual pull to procreate. But it is much harder to stoke a friendship, or a relationship. It’s much harder to not take something, even if it is dangling right in front of you, and it’s your assigned physiological role in the animal kingdom to take it.

Chris Janson has written and performed a good song here because it encapsulates all of those truths into one sentiment. And this isn’t just a preach session to the men out there who on a Saturday night might find themselves tasked to make important decisions, but how the woman should react to them when a man shows that extra level of character.

We all know that it’s the biker, the bigot, the guy who exudes danger, aggressiveness, and confidence that gets the girl more often than not, while the sober dude who drives a girl home gets relegated to the friend zone. This is just the way of things. But it doesn’t have to be. It is giving into our better nature that will bring about the true social change we all wish to see in the world, and is slowly beginning to take hold through the conversations being stoked as sexual predators are being driven out of positions of power.

Listening to some of the early songs, and even some of the current songs of Chris Janson, you can definitely surmise that in a previous era, he probably would have made the wrong decision presented in “Drunk Girl.” But now as a sober person, and the parent of daughters, he’s singing a different tune. Unfortunately many others in the mainstream endorse the antithesis of “Drunk Girl” with the sentiment in their songs. But changing the pattern of behavior has to start somewhere.

It’s hard to release a song like “Drunk Girl” as opposed to a radio ready single for a mainstream artist, just as it’s sometimes hard to make sure a woman is taken care of as opposed to taken advantage of. It’s also dependent on the rest of us to make sure that behavior is rewarded, as opposed to ignored, so the tendency is for it to occur more often.