On Those Chris Stapleton CMA Wins 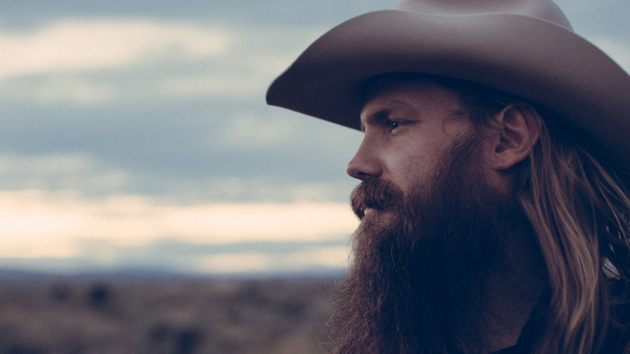 We already knew that Chris Stapleton was an amazing singer, a great songwriter, and an astounding guitar player. Now the rest of the world knows. And where all of this will take country music is something we can only speculate on at the moment, but it certainly is something to be taken as a very good sign, even if you’re just ho hum on Stapleton, or gaze a hairy eyeball at all those pop country songs he wrote for others.

Nobody was pontificating that Stapleton would pull off a clean sweep of the three awards he was nominated for. I certainly wasn’t. If it wasn’t for Stapleton, I would have damn near had a clean sweep with my predictions. But I didn’t have him winning anything. Most people who were picking from their minds as opposed to their hearts felt the same way.

As Wednesday night’s festivities approached, you started to hear some murmurings about how Stapleton might have an outside chance for Album of the Year, but only if everything broke just right. As it turned out, Album of the Year was just the beginning. New Artist is a nice award to pick up, but sometimes it is used as a consolation prize. But to break Blake Shelton’s reign of half a decade as the CMA Male Vocalist of the Year is something nobody foresaw. How could you? It’s ridiculous, and I’m not sure if I can believe it still.

Is country music saved now? Of course not. Stapleton may have needed both hands to carry all his awards out of the Bridgestone Arena Wednesday night, but none of his self-performed songs have ever cracked the Top 40. For country music to be saved, it has to affect all sectors. Right? Or maybe Stapleton’s wins prove that it is radio who is out of step, and not in tune with public sentiment, and needs to right the ship before it loses its relevancy in the marketplace. Gary Overton’s “If you’re not on radio, you don’t exist” comments have never rung more hollow. 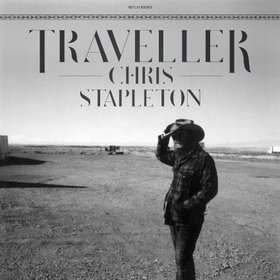 Beyond the showering of praise on Stapleton, how did this happen? How did a guy that just released his debut album and has virtually no commercial success compared to his peers become the big winner of the 2015 CMA Awards and shock the country music world? As much as we’d love to give all credit to Stapleton’s God-given talents, some of it comes down to the respect he’s garnered as a songwriter over many years, spreading his name recognition throughout the CMA voting populous, and some of it comes down to simple statistics.

Earlier this year at the Grammy Awards, the bid for Album of the Year was considered to be a two horse race between BeyoncÃ© and Pharrell Williams. The two sucked up votes from various sectors of the Grammy voting bloc, and the eventual winner was Beck, and his album Morning Phase. With so many votes splitting down the two sides and canceling each other out, it opened up a space for a dark horse to emerge. And that’s what Beck did.

To certain people who were around in the 90’s, the Beck win was a celebration. But to many in the public, they had never heard of him. The #WhoIsBeck hashtag became its own cultural phenomenon, and there were a lot of people who were downright angry.

In a sector of the internet such as Saving Country Music, we’re planning victory parades today. But among the flotsam and jetsam the question is, “Who is Chris Stapleton?” Some who are naturally inquisitive will attempt to answer that question, and we’re already seeing this from the rise of Chris Stapleton on the iTunes charts, and most assuredly this will be paralleled when Billboard goes to print next week. All the bellyaching about how Chris hasn’t performed well enough to deserve all the praise may soon be quenched in arrears. And from the engagement we know Chris Stapleton’s music is capable of, he assuredly is set to make thousands of new fans.

But others will not be so inclined to wonder who this bearded man is who won all these awards. They will wonder why their favorite artists—the ones dominating the radio and selling out arenas left and right—got hosed. And just as we love to bellyache about injustices, and hatch schemes of how to right the country music ship around these parts, so will these mainstream fans. Sam Hunt didn’t walk away with anything? He’s been at the top of the charts for the entirety of 2015. Eric Church didn’t win anything more than splitting an award for Vocal Event of the Year? Wednesday was supposed to be Church’s big moment. He’d just released a surprise album that morning, and he never got his chance at the podium to explain his motives to the country masses.

If you want to talk about being overshadowed, think of how Luke Bryan and Little Big Town feel. Luke’s Entertainer of the Year win at the end of the show felt like a footnote. Little Big Town have been the comeback country music story of the last decade. Their three awards aren’t worth any less than Stapleton’s, but their story took second stage, and to no fault of their own.

What Chris Stapleton did was unprecedented, and historic. There have been plenty of 3-award sweeps in the history of the CMA’s, but never by such an underdog, and an unknown. But there are a couple of moments that have come close. When Stapleton was accepting the Male Vocalist of the Year award, you could tell he was taking in what he knew might be the greatest moment of his life, and he promised he would take the honors very seriously.

In 2009, another artist felt that same way. “I will never forget this moment, because in this moment everything that I have ever wanted has just happened to me,” said Taylor Swift. Taylor won the Music Video of the Year, the Album of the Year, Female Vocalist of the Year, and then the big one, Entertainer of the Year. Though Swift was sweeping over country music at the time, nobody expected Taylor Swift to sweep the awards in such a manner, not even Taylor Swift. Just like with Chris Stapleton’s wins, everyone was in shock.

Also in 2009, a somewhat obscure songwriter, who just like Stapleton, had written scores of hits for others, walked away with Song of the Year. Jamey Johnson’s “In Color” offered a complete contrast to Taylor Swift’s sweep. Jamey Johnson’s win was just as remarkable as any of Stapleton’s, but Swift was the headline the next day. 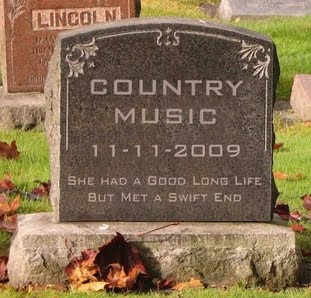 The day after the 2009 CMA Awards, Saving Country Music, and many other outlets, declared country music was dead. A tombstone was made, and was spread all over social networks (MySpace at the time). Legendary country columnist Chet Flippo said, “I know one thing: There are a lot of CMA voters who woke up this morning and thought, ‘What did we just do? Who did I just wake up next to? Four major CMA Awards at age 19? We just gave her the keys to the kingdom. Now what?'”

What was for sure is Taylor Swift’s wins would create a massive shift in country music. And they did. It’s not hard to point to the CMA Awards of 2009 as a sea change moment for the genre. It ushered in the unprecedented era of pop of which we find ourselves amidst today. Country music has always been a copycat genre, pliable to whatever and whomever people think is popular at the time.

And that brings us back to Chris Stapleton. So if Swift’s wins got us into all of this mess to begin with, will Stapleton’s wins deliver us out of them? Taylor Swift is now completely gone out of country, and Chet Flippo, may he Rest in Peace. And it will probably take another six years before we can truly answer any of these questions.

And hopefully, that will all equate to a win for the folks who want to be proud to call themselves country music fans again, and not just on the day after the 2015 CMA Awards as they can yammer, “Yeah I knew who Chris Stapleton was” around the water cooler, but years from now when the writers and fans attempt to pinpoint the moment when country music was pulled back from the precipice, and became the voice of the people again.