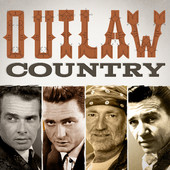 Fans of Outlaw country music are about to get a big wish granted, as plans have been announced to form an Outlaw Country Music Hall of Fame. The Hall of Fame will be located in Lynchburg, TN. A space for the upcoming Hall of Fame has been acquired in Lynchburg and an architect is currently working on design plans. The Hall of Fame’s inaugural slate of inductees will also be added around that time in a ceremony the new organization hopes to conduct at the historic Ryman Auditorium in Nashville.

“The Hall of Fame will be dedicated to those artists, both musicians and songwriters, whose work best exemplifies the qualities of the Outlaw movement that first began in the 1970’s and has gained renewed momentum as an alternative to the Nashville pop country scene,” says the organization’s press release. “In doing so it will place the spotlight on music firmly attached to the roots of country. Moreover, the Hall of Fame will educate the public about Outlaw country, memorialize founders—such as Waylon Jennings, Willie Nelson, and Jessi Colter—recognize current Outlaw artists, and provide a platform for them and for independent record labels who currently have little if any voice in the industry.”

Gary “Sarge” Sargeant, head of the Tennessee-based non profit “Outlaws and Icons” is heading the new project. A 5,000 sq-ft space has been acquired located right on the town square in Lynchburg has been designated for the facility that plans to allow for live broadcasts of events on the internet.

The announcement of the Outlaw Country Music Hall of Fame was made today on SiriusXM’s Outlaw channel.