Parker Millsap Finds His Voice On “The Very Last Day” 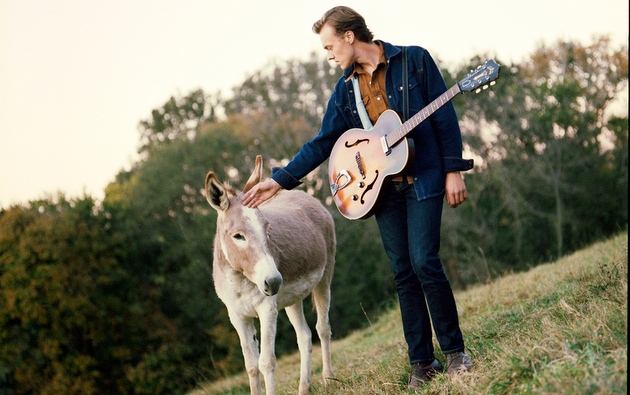 When Parker Millsap was starting out, he was really just a kid. In this era when it seems like most of the top emerging talent is coming to prominence in their mid and late 30’s (Sturgill Simpson, Jason Isbell, Chris Stapleton, Brandy Clark, etc. etc.) a singer and songwriter cutting records at 19-years-old is darn near a prodigy, especially in the older-trending Americana realm. Consider it on-the-job training for the now 23-year-old Oklahoma native who just released his third full-length record The Very Last Day through Thirty Tigers.

Parker drew a crowd a couple of years ago with his witty and entertaining take on the traveling evangelizer “Truck Stop Gospel.” The song got what passes for wide reception in the Americana world, and it announced Millsap as an emerging talent worth paying attention to. However good Parker was then, you knew the possibility of what he could develop into with such strong songwriting acumen and singing chops could do some real damage when it all came in full bloom. The Very Last Day is the realization of that potential, and a defining of Parker Millsap as an artist.

The success of “Truckstop Gospel” allowed Millsap the ability to tour the country and cut his chops in front of large crowds, and dedicate his time solely to his craft. And what came of this experience was a confidence and control in his singing that is something well beyond his age, his history, and well beyond what many others in the roots world can throw down. In a word, it’s uncanny. 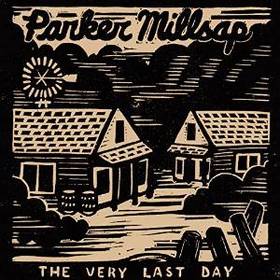 On The Very Last Day there’s a fairly straightforward rendition of the old Mississippi Fred McDowell song, “You Gotta Move” that was famously covered by The Rolling Stones, Aerosmith, and countless others. You may wonder what value covering such a well-recognized blues standard has for a pasty white kid from Oklahoma whose supposed to be a songwriter. And then you hear it. Parker Millsap puts to shame some of the most dedicated blues hounds formed in the mud of the Mississippi, if for no other reason than the heart and pluck Parker evidences.

In other songs like the opening “Hades Pleads,” or the sweeter “Morning Blues,” Parker almost toys with his newfound ability to hold incredible tension in his notes, and deliver dynamics that squeeze every bit of soul out of a song. His blues voice has emerged so pronounced and rich, one might accuse him of over-singing if it wasn’t so damn effective. And in “Hades Pleads,” and a song like “Hands Up,” Parker pays attention to something that many astute songwriters unfortunately gloss over—giving attention to the entertainment value that must go into a song so it’s not just well-written, but wide reaching with its infectiousness. Parker writes to his vocal strengths, which is a challenge to even some of the best singers.

Parker Millsap does not come across as the wildly rebellious, angry, and judgemental preacher’s kid in total, though many of his songs, like the title track of this album, draw from his own religious experiences. But will that be how he is defined by religious listeners of a touchy nature, or will they heed the deeper message Parker is trying to convey, or just enjoy the music for its aesthetic value defined by his dynamic blues voice and good storytelling? Will Parker be considered a product of indignation, or of open-mindedness? This is why entering the religious or political realm in music can be perilous.

Nonetheless, it’s hard to argue against On The Very Last Day as Parker Millsap’s defining moment, at least up to this point. Like Hank Williams did when he cut “Lovesick Blues,” Parker has identified his strengths, honed in on them, refined them, written or selected songs to favor them, and dedicatedly molded his craft until he’s become a master of his discipline. He’s also been helped by staying pat with the same two side players for an extended period—Daniel Foulks on fiddle and Michael Rose on bass—who can keep up and anticipate Parker from the history they’ve shared on stage.