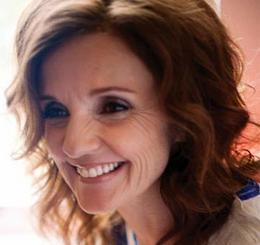 Songstress Patty Griffin lives one charmed life. Her breaks in the music business came late, but they came, and now she finds herself ensconced on the top shelf of influential and respected Americana singers and songwriters from her solid song catalog and impressive resume of vocal accoutrements lent to the music of others.

Even better, recently a worthy beau by the name of Robert Plant came courting, and all of a sudden Patty and her music find themselves the subject of international intrigue, and withstanding any cynicism by way of Griffin’s sincerity as both an artist and person.

American Kid is a worthy specimen if someone asked you produce an album that exemplifies Americana’s influence and artistry. From the ultra-traditional “Mom & Dad’s Waltz” by Lefty Frizzell, to the progressive and airy “Highway Song” co-penned by Robert Plant, American Kid presents itself like a tree hanging heavy with fruit, with all but the two aforementioned songs written by Griffin solely. Though in no way a full-on collaboration with Patty and Plant, his presence here and there gives American Kid an additional layer of compelling character. 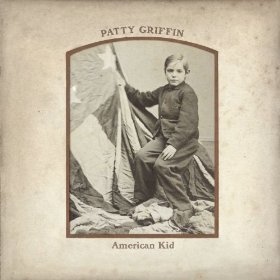 Some may consider Griffin more of a songwriter than a performer or singer since her credits include such heavyweight names as The Dixie Chicks, Martina McBride, and Miranda Lambert just to name some. But Patty’s voice might be her most exclusive gift.

Immediately on American Kid, Griffin brandishes her sweet tone that has gone so astoundingly untouched by time on the opening song “Go Wherever You Wanna Go.” This is chased by the rhythmic, foot-pounding “Don’t Let Me Die in Florida” that grabs you by the scruff and pulls you right into the American Kid experience. “Ohio” evokes all the artistry and influence of Emmylou Harris’s Wrecking Ball album in the present-day context with help from Robert Plant on harmonies, leading into the beautiful colloquial expressionism of the rural-feeling “Wild Old Dog.”

You may initially want to hate “Highway Song” as some audition for a fantasy film soundtrack, but the tune grows on you until it becomes one of your favorites. American Kid does turn in some weaker moments towards the end, and the gender of the voice of some of American Kid‘s final songs like “Get Ready Marie” and “Not A Bad Man” may confuse some. But listeners should heed that Patty wrote this album to be a tribute to her father who passed away recently. This decision is what imbibes this project with an inspired feel, honing Patty’s grief and reflection into the music until it elevates this effort to where the argument can by made it is Patty’s best, showcasing her impressive breath of talents, from songwriting, to singing, arrangement, and the intangible elements that make songs grow on you. The personal nature of the material becomes shared with the listener through Griffin’s talent and sincerity.

So many strong projects in the Americana realm right now might make the consumer feel a little overwhelmed, but Patty Griffin’s American Kid deserves as much attention as any.