Hank Williams III, a.k.a. Hank3 has just embarked on a 15-date east coast tour after an extended period off the road, and joining him will be one of the most respected guitarists in independent music, and one that harkens back to the formative years of Hank3’s “Damn Band.”

Duane Denison is known for lending his guitar maestro talents to such projects as Firewater, the supergroup Tomahawk, and The Legendary Shack Shakers for a period, but most notably Dennison is the lead guitarist for the noise rock band The Jesus Lizard, which landed him on Spin’s 100 Greatest Guitarists of All Time at #79 for being “Tightly controlled yet capable of ripping and tearing like a runaway chainsaw,” and for his “riffs influencing an entire generation of post-hardcore guitarists.”

When The Jesus Lizard disbanded in 1999, Denison began to play in Hank3’s touring band right as 3’s first album Risin’ Outlaw was being released. Denison made the shift to neotraditional country expertly, and became a staple and favorite of the early Hank3 live sound. Hank3 calling out “Denison!” before his solos can be heard in many early videos and live recordings of the band. Duane left the Damn Band in 2001 after seeing a Mr. Bungle concert and being impressed by vocalist Mike Patton (also of Faith No More fame) and joining the supergroup Tomahawk with Patton, John Stanier of Helmet, and Kevin Rutmanis of The Melvins. 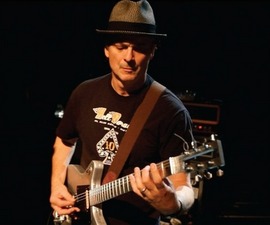 Denison later played with Firewater and a band called U.S.S.A. before a stint with Th’ Legendary Shack Shakers in 2008—the same year The Jesus Lizard reformed. Denison continues to perform with The Jesus Lizard today.

Classically trained, but influenced by a wide variety of styles, Duane Denison earned a degree in classic guitar at Eastern Michigan University, and studied under noted classical guitarist Christopher Parkening. The addition of Denison to Hank3’s Damn Band would definitely make the upcoming shows ones to see.

Denison lends his talents as Hank3’s lineup sees the absence of stand up steel guitar and dobro player Andy Gibson for the first time in many years. Andy also works with many artists as a sound engineer and producer. The other current members of The Damn Band are:

The upcoming tour is expected to feature two hours of Hank3’s country and hellbilly music, followed by two 30-minute sets of punk-inspired music. 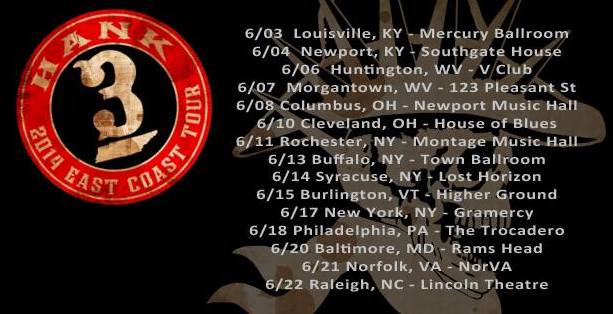 Duane Denison in an early incarnation of Hank3’s Damn Band: