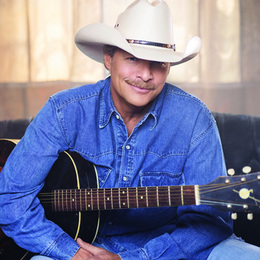 It’s not that you can’t find a better bluegrass album released in 2013. It’s not that you can’t find a more intriguing collection of songs, or a better showcase of instrumentation. The bluegrass world these days is filled with such unparalleled and inspiring musical talent, the sub-genre might mark the biggest concentration of aptitude in popular Western music. But to have Alan Jackson—3-time CMA Entertainer of the Year winner, and a man that has sold more than 60 million records worldwide—release a straightforward, traditional bluegrass album with no caveats, no tangents, simply straight ahead acoustic instrumentation in a traditional style, is a feat and a victory all on its own. And the music ain’t too bad either.

The Bluegrass Album isn’t completely unprecedented. Dierks Bentley a few years back took a step back from the mainstream spotlight to cut the bluegrass-inspired Up On The Ridge. Dolly Parton’s The Grass Is Blue from 1999 gave bluegrass a similar mainstream boost. But there’s so much else Alan Jackson could have done with his next release, and he chose to do this. And what has been the result so far? With the Alan Jackson name behind it, we’ve seen a 100% traditional bluegrass album chart at #3 on Billboard’s Top Country Albums chart, and come in at #11 on the all-genre Billboard 200. So much for the idea that traditional country is no longer commercially viable. 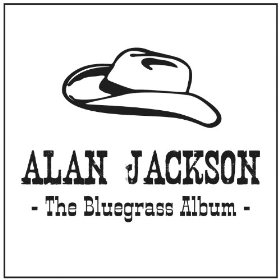 Another remarkable thing about The Bluegrass Album is it is very much Alan Jackson’s original expression. Jackson wrote the majority of the album himself, including many of the standout tracks. When you think about bluegrass, you think about instrumentation just as much, if not more than you think of songwriting. But The Bluegrass Album is as much as songwriter’s album as any. Without any real blazing speed, and featuring journeymen pickers without flashy names except for maybe Rob Ickes on resonator, this album doesn’t set off to wow you with anything but its words, and its simple honesty.

The Bluegrass Album resides well within the common themes of bluegrass music like mountains, faith, and family. If Jackson had wanted to go with a less generic title, it would’ve still needed to feature the word “blue” somewhere. The color and its corresponding emotions, landscapes, and inferences run like a thread through this record. Jackson’s “Blue Ridge Mountain Song” and “Blue Side of Heaven” jump out you initially as two of the album’s strongest tracks, while Bill Monroe’s bluegrass standard “Blue Moon of Kentucky,” “Wild and Blue” original popularized by John Anderson and written by John Scott Sherill, and “Way Beyond The Blue” mark the album’s best covers.

Another interesting track is “Blacktop,” which praises the arrival of paved roads to rural locations. Despite being smart, well-written, and relatable on its own, depending on the perspective and sensibilities of the listener, this song could also be interpreted as a subtle protest to modern pop country songs surreptitiously praising roads of the dirt persuasion. Because as anyone who has actually lived beyond where the blacktop ends knows, bumpy roads and muddy ruts can be a beating when you have to face them daily instead of on a recreational basis.

“Blacktop” in a way is a good summation for The Bluegrass Album—taking gratitude in simple pleasures, and being different simply by being honest and straightforward. Jackson’s dedication to bluegrass, at least for the moment, is true. He introduced this album by playing an intimate show at Nashville’s smallish Station Inn. He’s signed on to play MerleFest in April. Alan Jackson is no carpetbagger or interloper. His grass is blue, and The Bluegrass Album shows his breadth of knowledge and dedication to a style of music that helped lay a foundation beneath his storied career.