I first knew something was up with Justin Townes Earle when I saw him at South by Southwest in March. At the Bloodshot Records showcase, he showed up on stage wearing a bowtie, and baby blue-colored pants three sizes too small with white shoes. I also spied that the spectacles of his fiddle player had no glass in them, they were for show. Hey, I’m all for dressing the part, but JTE was out Pokey LaFarg-ing Pokey LaFarge. And when he started singing, I don’t know, he was just acting very weird and it came across in the music. He had a weird look on his face, similar to the one stilled in the video below, which was taken shortly after his set while he was still in the same duds:

I had a good context to make these judgments because I’d seen and interviewed him just six months prior at Portland’s Pickathon, where I said he was the “one stand out performer out of the dozen plus acts I saw.” Earle was the talk of Pickathon, and the talk of SXSW. He’d landed a bunch of accolades from the Americana crowd the year before, and there was a sense that he had “made it” in music. But there was also talk of JTE’s “problems” that would come up unprovoked when speaking with other artists and fans and such.

What problems? I don’t know. They didn’t tell, and I didn’t ask. When I had talked to JTE in August, he’d mentioned his previous drug problems and had alluded that he was sober. Following his Twitter Tweets, that is clearly not the case now. Don’t know if JTE’s sobriety was the source of these “problems,” but the months after SXSW the whispers had yet to die down. The old music maxim is that “he/she was good ’till they got sober.” Maybe JTE would embody the antitheses. The JTE whispers were also alarming because he was like the football first round draft pick that fell to the fourth round because of “off the field issues” when he entered the music business. Was JTE getting too big for his shrunken baby blue britches?

When I got an advanced copy of Harlem River Blues, it immediately struck me as music specifically created for optimized NPR play, and I used as an example of NPR’s Adverse Effect on Roots Music. My suspicions were validated when NPR offered a full preview of the album through their site. In a lot of ways this was unfair to the album and to JTE, because I was using it as the pet example for what is really happening to a wide swath of the music landscape. But nonetheless, it was true.

I’ve given this album more than it’s fair amount of listens for a project that did not strike me the first few times through, because of who its from, and how that person fits into my ethos. (His previous album Midnight at the Movies was my Album of the Year for 2009.) I must say that this album is not bad. There’s nothing wrong with any of these songs. It doesn’t really mark a clear change in style. As far as the production, of which JTE is primarily responsible for, I would grade it a 9 out of 10, with the only criticism being that at times it was a little heavy handed. But the arrangements display a very wise ear and imagination, and the performances live up to Justin’s vision. The breadth and layers of some of these songs is quite spectacular. 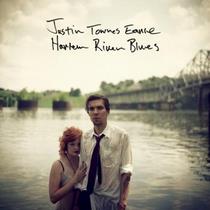 But production can only go so far. There’s no meat here, no body. No soul, no blood, no deep roots–just aping and parody that is orchestrated, arranged, and packaged very well. I keep listening, waiting for those one or two songs that will cling to me so I can use them to buoy together an affinity for this project, but they haven’t come. Even the songs solicited as the standouts don’t do it for me. “Wanderin'” (see video above) is probably the best track, but in this instance the heart of the song seems buried under all the production. “Christchurch Woman” sounds like a rehashed “Midnight at the Movies,” and “Ain’t Waitin,” though I want to like it, seems hokey and the line about “satellite radio” is out of place with the neo-traditional mood.

The beauty of what JTE did with his first three releases was take vintage textures and inject them with relevant, modern themes that were universally relateable. Then with songs like “Mama’s Eyes” and “Someday I’ll Be Forgiven For This” he said screw the neo-traditional bit and laid down heart-wrenching truth. The buzz word with this album has been “mature.” I don’t understand this. My adjective would be “safe.”

This is how hipsters and hippies must have felt when Hank III released Straight to Hell; not disappointed as much as disenfranchised. This is not what I dip my bucket in the JTE well for. It makes you want to listen to his older records immediately to get the bad taste out of your mouth. Or it least it did me. But the pro-Harlem River Blues crowd doesn’t need to worry about my mixed review, I have no doubt this album will be his most well-received yet. After all, look at these great blurbs:

“If you’re not listening to him or checking out what he’s wearing, you should be.”

“As versed in Mance Lipscomb as he is in M. Ward ad sporting Marc Jacobs suspenders,

See, JTE’s fashion maven girlfriend and Manhattan digs has made the opinions of an angst little blogger virtually irrelevant, so no worries.

One gun up for the superb production, musicianship, and for the satisfactory songwriting. One gun down for the complete lack of soul.

There’s nothing really “country” here either, though this is more of an observation that a specific criticism of this music.

You can preview all tracks or purchase the MP3 for a limited time for $2.99 by CLICKING HERE.